I tend to be a bit of a stoic. I can thank the British Empire and its influence upon my South African parents for my stiff upper lip. Very few stories can actually evoke tears from me. There are a handful of stories in Scripture that loosen my composure and make my lips quiver. A story that gets me every time is when Moses disobeys God. It breaks my heart.

Throughout Numbers the rebellion of Israel against God is portrayed as a relentless downward spiral which spins viciously out of control. Essentially a “back to Egypt” committee forms early on in Numbers whose campaigning leads the burgeoning community astray. The posture of their hearts is captured well by Anne Killigrew’s poem “On Death”:

Thus childish fear did Israel of old
From plenty and the Promise Land withhold;
They fancied giants, and refused to go,
When Canaan did with milk and honey flow.

Finally, God gives Israel exactly what they want. He answers their complaints and attacks against his character (Num. 14:1-4, 26-35). God’s judgments against the faithless generation in the wilderness is nothing short of poetic justice. The old generation gets precisely what it asked for and deserved. Simultaneously, God continues to be unreasonably gracious as he extends forgiveness and a second chance to the next generation. God remains committed to Israel despite their rebellion.

After God’s judgment, things continue to get worse. The complaining of the Israelites hits another peak after Aaron dies. There is no water. God’s solution? Not the most obvious: he tells Moses to tell a rock to produce water. I’ve tried this, it doesn’t work. Instead, Moses subtly disobeys God and hits the rock two times with his rod. It brings forth water. I’ve done this too, I have “sort-of” done what God is asking me to do. It’s close enough, right?

Apparently not. Moses will perish in the wilderness with his generation. But is banning Moses from leading Israel into the promise land a just and warranted consequence? Is God really such a stickler for detail?

This story use to drive me nuts. It seems so unfair and unreasonable. Throughout the narrative, Moses has been such an incredible leader and prophet. He continues to intercede on behalf of the people, and even reasons with God when God himself wants to wipe out the people. In many ways he was the most faithful person in all of Israel, and at the time perhaps even the most faithful person in the world.

And God doesn’t let Moses into the promised land?

We must not overlook what is happening here.

Even the very best of the best of us will not be faithful enough, or impressive enough to deserve God’s favor, blessing and promises. All of us are compromised because none of us follow God with utter fidelity: not even Moses. And it doesn’t help us at all to start looking at others comparatively. Yes, compared to most of the Israelites Moses was better. But his faithfulness was compromised for just a second and we shouldn’t let the weight of that dissolve because comparatively he was better than those he was leading. Moses was an incredible man and prophet: this should not be overlooked. But he wasn’t a savior. He was imperfect just like the people who were following him.

Shortly after Moses’ own rebellion (or temper tantrum) the Israelites continue in theirs. They continue in their complaints against God, and so God sends “fiery serpents.” Many die. The people recognize “we have sinned” yet also acknowledge the need for intercession as they ask Moses to “pray to the Lord to take away the serpents from us” God’s response is particularly interesting “Make a fiery serpent, and set it up as a sign; and every one who is bitten, when he sees it, shall live” and the text continues “So Moses made a bronze serpent, and set it up as a sign; and if a serpent bit any man, he would look at the bronze serpent and live” (Numbers 21:4-9).

Jesus reflects on this event as an insight into his identity, he says “No one has ascended into heaven except he who descended from heaven, the Son of Man. And as Moses lifted up the serpent in the wilderness, so must the Son of Man be lifted up, that whoever believes in him may have eternal life” (John 3:13-14).

Think about it … in Numbers the fiery serpents represent God’s just anger and judgment against Israel’s defiance, disobedience and sin. Moses can’t fix these things. Yet God has him install a foreshadowing of Christ: a bronze serpent. But why why do they look upon a serpent to be healed from the serpents? It seems a little strange doesn’t it?

First, it helps to know that in the ancient near east the serpent was a symbol of both life and death. Just as the bronze serpent was lifted up, Jesus was lifted up to reveal death and life. On the cross he poured out his life in place of ours. He demonstrated the high cost of our sin, as it was because of us that he was nailed to a cross. He was lifted up and put on display as a shamed, rejected, and seemingly failed King and revolutionary. Hanging naked on a cross is humanity at its worst. The history of humanity’s sin and all its ugliness through the past, present and future clothed the truest beauty we’ve ever known. As our sin hung on a cross, Jesus bore it in his body and quenched God’s just wrath towards us. He breathed his last and died the death we deserve.

Yet lifted up on the cross Jesus also demonstrated the extravagance of God’s love for us. The cross is how far God is willing to go to show us grace, mercy, forgiveness and love. We look to the cross and see that we are far more corrupt and rebellious than we could ever imagine. We see the innocent life of Jesus lifted up instead of ours, bearing our consequences and given freely so that we might gaze upon him and be healed of our sin: the total reconciliation and transformation of God’s enemies into his own children. We realize that God is more loving than we could ever imagine. The cross becomes a source of life because through the death of Jesus he wrought the death of death and offers us the power of his resurrection.

This reality should evoke all sorts of emotions within us, particularly shame. Strung up on the cross of Christ are all the things we wish to deny about ourselves, the parts of ourselves we’d rather ignore. Just as the Israelites had to look to the very thing that was bringing them illness to find healing, so must we gaze upon Jesus and see the Son of God bearing our very disease and afflictions: our sins. But it is only by looking and refusing to look away, that we will find eternal life. Do you trust Jesus when he tells us on the cross that God is really this good?

When I have a tough time understanding why God couldn’t let Moses into the promise land it reminds me that none of us are good enough to deserve God’s grace. It reminds me that I need to look outside of myself to find reconciliation with God. Like Moses we find ourselves outside the promise land wondering how we can get in. In Christ we are surprised by God’s grace—grace that is wider and larger than we’re comfortable with. Sure, God didn’t let Moses into the promise land in his lifetime. Yet when Jesus transfigured on the mountain top in the center of the promised land, he stood with Peter, James, John, Elijah and Moses. Old Moses’ feet touched the promise land afterall because he stood with Jesus, the one who extends grace and mercy towards broken people like Moses and us. 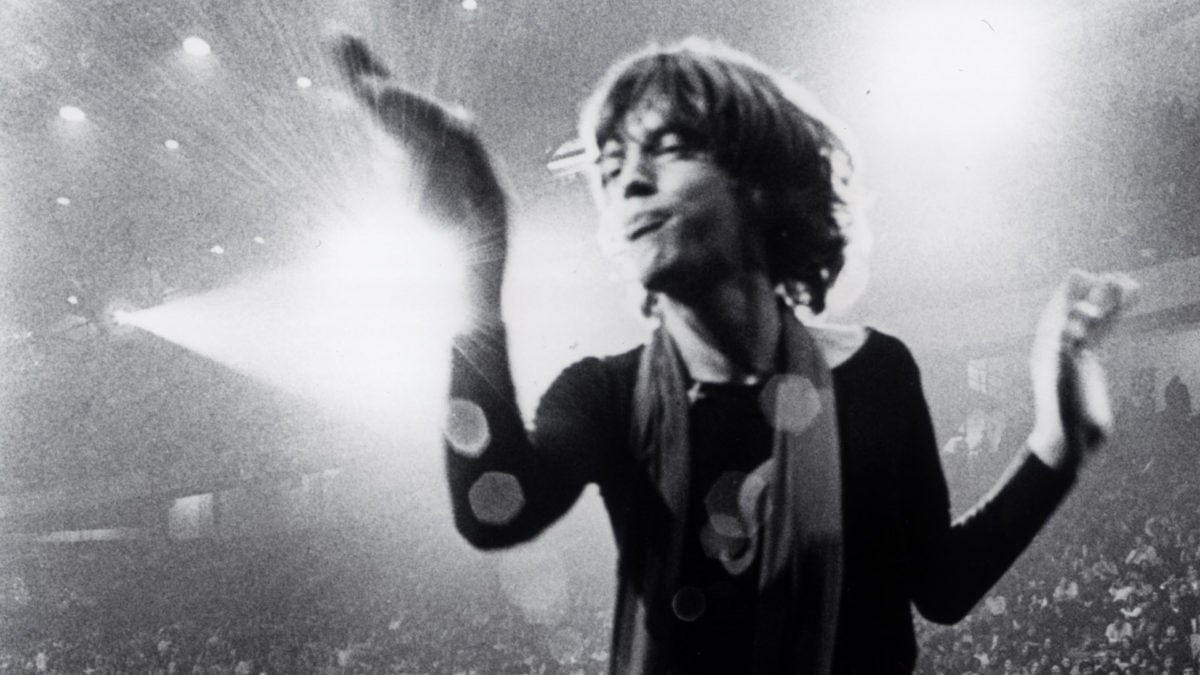