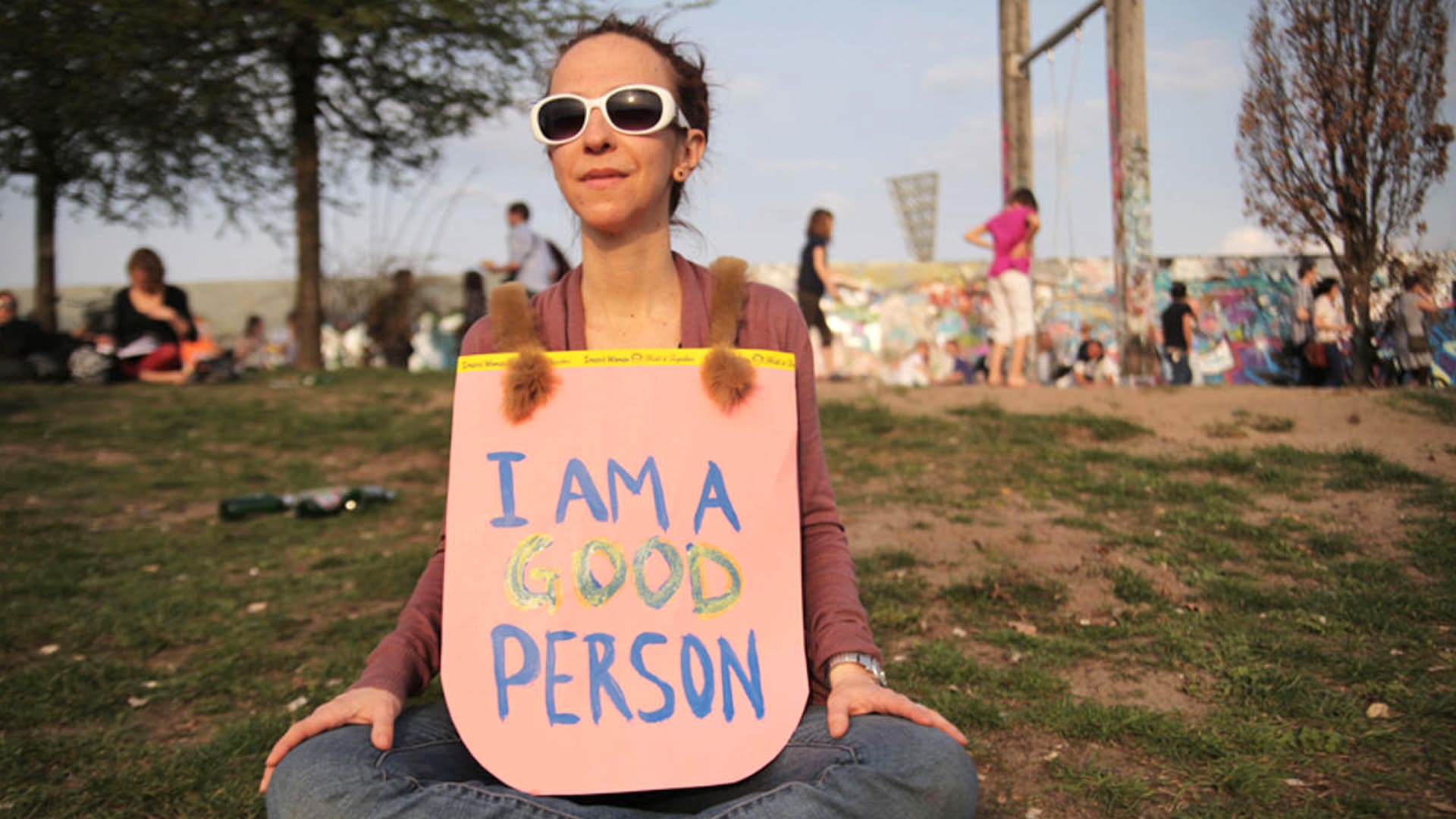 The other night I was having a conversation with a woman who considered herself spiritual. She was a fun conventionalist, very animated and vibrant. But, when anything even remotely Christian came up her entire demeanor would change. She would stiffen, her lower lip would quiver, her eyebrows would furrow. She had experienced a lot of hurt growing up in the church. She blurted out “I don’t get how you can think anyone sins, and why you are so preoccupied with it! Why … I don’t think I’ve ever sinned!”

Now, because of all of her hurt and pain there wasn’t even room to kindly show her that she was wrong. But what is disconcerting to me is that her attitude actually represents a growing perspective: the good person pandemic. It goes something like this “I’m not all that bad of a person, really I’m actually fairly decent. I treat people fairly. I am honest. I give some money away. I care about world issues. You know, I’m actually a pretty good person.”

Everyone fancies themselves to be some sort of Mother Teresa although for the most part it is usually in theory and not for any accomplishment of their own. But, something happened to me the other day. Something incredibly ordinary. Something so common that it hopefully will help you feel safe to take the veneer off and admit that you’re a little more like me, a little more broken, and fairly desperate for help.

As a favor, I volunteered to take a friend’s car to get inspected for AirCare regulations. Since the drive was about 20 minutes I figured I’d call my Mom to catch up and chat. As I pulled out of my building and made a left onto the street I almost immediately saw flashing lights behind me. I got pulled over and I hadn’t even been on the road for 15 seconds. The officer was cordial enough, he asked my license and what not. He then gave me a $167 ticket for talking on my cell phone.

I can’t even give the proper words to capture how livid I was and yet my inner dialogue captures the brokenness of my heart.

First, when the officer pulled me over he asked “Are you making an emergency phone call?” I wasn’t, but my first thought was to say “Yes, I am. In-fact officer, its really quite tragic. I just found out my Mom is in the hospital and I’m on the phone figuring out what room she is in.” Seriously, these were my first thoughts: to lie. Not only to lie, but to create a tragic and empathy inducing story. It’s not just a lie, its deeply manipulative and coercive.

Second, when the officer returned with my ticket my response was “Are you going to show up to court if I challenge this?” His response, “Yes. I would have to go in on my day off and I get paid overtime. So it would be no advantage to you if you …” – I cut him off. “Well, have a good day”. He stayed “Well let me just explain the law to …”, I replied “Have a good day officer.” He continued “Sir, I just don’t want you to waste your …” I replied “Have a good day officer.” I was downright angry at this point, and in my anger I was flat-out rude, dismissive and belittling of an authority over me. I want to pretend like this dialogue was covered in a flowery veneer, but it wasn’t.

Lastly, I started to think of what a great injustice this was. I was, after all, doing a good and noble thing! I was helping a friend, doing a favor! I was in the right. “Its just not fair that this happened to me! I couldn’t believe that someone as good as myself could get such a belittling ticket for such a minor offense. This law was obviously made to curb the talkativity of 16 year old girls and not 30 year old gentlemen such as myself. For goodness sake, I was even trying to call my Mom! My mom! “This is injustice!” was running through my mind. But then I asked myself, is it injustice that I got a ticket for breaking the law? But I dwelt in this self-justifying, self-righteous attitude for a good 30 minutes.

Well, you may be thinking “its just a traffic ticket, you’re blowing this out of proportion”. But that’s my point. If this is my internal and external reaction in such a trivial event, then what hope do I have in the things that actually matter? We are seriously kidding ourselves if we think we can over look the small things in light of the big things. If we don’t have character and integrity in the small things, we certainly won’t in the things that matter.

The reality is that I’m only a ‘good’ person if I get to set the bar for what qualifies as good. If I compare myself to a psychopath, sure I’m doing fairly well. If I compare myself to people I dislike, of course I end up on the winning end. And again, this comparison game is considered sinful by God’s standards. So the very manner in which one tries to establish oneself as ‘good’ is usually sinful.

The Scriptures are really clear: we are not just judged by our actions, but also our thoughts (Romans 3:9-20; Mark 7:14-23). You may think you’re a good person because you have a great filter, and don’t say 99% of the things you think. But God sees our hearts, he sees our thoughts. By my own confession I am a liar, a manipulator, who is arrogant and rebellious against authority, who hates people in his heart, and who is self-righteous and convinced that he is good.

This is why I have no qualms admitting that I am sinful. I actually need to admit it, because in my sinfulness I want to convince myself that I am good.

It is in this posture that I can turn to the one who is truly good, and to the One who is so good that he gave his life for me, even while I was a sinner. I need the forgiveness that only Jesus offers, because Jesus is the only one who can cleanse me of my sin and set me right with God.

Read more articles by Alastair Sterne or about Renewal.