Over the past 6 months, Julia and I have begun hosting an event called Beer & Theology. It is a great conversation filled night with skeptics, sinners, seekers, and saints discussing theology (and everything in-between) over a few pints. At our next meeting we will discuss “Can belief in God be rational?”. As I’ve been hashing out a few of my thoughts, I reread a paper I wrote a few years ago. I think it still holds up. So, this post is a slight adaptation of it (and is a little more technical than what I usually post). There are three major views in regards to the relationship between faith and reason: strong rationalism, fideism, and critical rationalism. I am persuaded that faith and reason can in-fact be complimentary, and that critical rationalism provides a great framework for the integration of faith and reason, especially when compared to fideism and strong rationalism.

Lets start on one end of the spectrum, with strong rationalism. It proposes that “in order for a religious belief system to be properly and rationally accepted, it must be possible to prove that the belief system is true.” By ‘prove’ it is meant that it is possible to show that a belief is true, in a way that is convincing to any intelligent person. It opposes faith and relies on reason. In other words, one should only believe what is reasonable and presented with empirical proofs rather than believing solely because of faith.

William Clifford’s illustrates this position well with a parable, of sorts, about a shipowner: A shipowner is informed that his ship is old, not overly-well built and is in need of repairs. Rather than taking heed of this information the shipowner ignores and even suppresses his doubts about the safety of his ship. By faith he comes to sincerely believe that all will be well and that the ship will sail safely like its previous voyages. The shipowner watches the ship depart with a clear conscience and a cheerful bon voyage, and he collects his insurance money when she sinks and tells no tales.

The shipowner certainly is guilty of the death of those aboard even though he sincerely believed, by faith, in the soundness of the ship. Even if we alter the course of events, saying that the ship set sail smoothly, the shipowner would not be innocent; he would only have been not found out. Clifford then says that the shipowner had “no right to believe on such evidence as was before him” and concludes that “it is wrong always, everywhere, and for anyone, to believe anything upon insufficient evidence and that doing so is a sin against mankind.”

Now, on the other side of the spectrum is fideism which contends that “religious belief systems are not subject to rational evaluation.” To a fideist, faith is seen as independent from reason—and in extreme cases, faith and reason are even seen as hostile to one another. The fideist is concerned with truth, in-fact truth is sought above all else. But, they believe reason cannot achieve certain kinds of truth. From this perspective one must take a risk, or a “leap of faith”, believing without any reasons or worry if one’s belief is true. It is true because it is believed to be true. A fideist does not need to question her beliefs, nor have reasons as that would be a sign of weak faith. Hence, fideists generally reject appeals science, or philosophical arguments.

Critical rationalism can be seen at the middle of the spectrum. It has a greater advantage than the either/or nature of strong rationalism and fideism, as it embraces the benefits of a complimentary relationship between reason and faith. Critical rationalism is “the process of rationally criticizing and evaluating religious belief systems while acknowledging that conclusive proof of such a system is impossible.”

So lets assess strong rationalism and fideism in light of critical rationalism.

First, strong rationalism: it asserts that our thinking must be presupposition-less and that one’s thinking will only be beneficial in ascertaining truth if it is completely impartial and unbiased. But is such a neutral way of thinking possible? It is obvious that our prior experiences, emotions, upbringing and education, and various influences effect our thoughts. Even if one can become self-aware of the seemingly infinite amount of factors it is unlikely and perhaps impossible that a person could be truly free to think from a neutral stance. If someone were to believe that they accomplished such a feat it would be foolish and unreasonable for it would mean that they have uncovered the depths of the human-mind. Such an attitude would harm the chances of uncovering other non-rational influences. So, it is difficult for one to ever know if they are truly being presupposition-less, as the thought of being so is itself a presupposition. If the goal of ridding presuppositions from our belief systems is unattainable then the approach of strong rationalism falls apart.

Furthermore, to know something one must have a conclusive reason to believe it is true. But one must also know that the reason is a good one, and therefore one must know it to be true which requires a reason for one’s reason. This goes on infinitely unless some things are known directly. But such a foundational knowledge is hardly presupposition-less. To further illustrate the point, Clifford’s conclusion (above) that “it is wrong always, everywhere, and for anyone, to believe anything upon insufficient evidence” is in and of itself a victim of insufficient evidence. How could one gather the evidence to prove that it is wrong always, everywhere, and for anyone in one’s lifetime?

Next, the fideist asserts that faith is the precondition for any correct thinking about truth. Consequently any rational thinking outside of faith is considered to be distorted. Criticism of a fideist’s religious beliefs is simply written off as a delusional product of unbelief. To understand the fideist’s belief one must first commit to it. But this reveals a problem, which faith should one commit to? How can one know that the specific claims of a fideist are correct if they cannot rationally consider them against the claims of another? The fideist firmly states that truths are above rational examination. The fideist then cannot tell someone why they should believe their religious beliefs as the correct system over an alternative system. Some fideists present rational arguments for their faith. However this reveals a contradiction in their thinking. If it is faith that enables one to rationally think about their faith how could someone without faith understand their rationale? It also reveals another inconsistency in the fideist: they pick and choose when to use reason, as long as it is in their favor. But this is counter to their belief that “religious belief systems are not subject to rational evaluation.”

The critical rationalist begins by acknowledging their own convictions and beliefs, and do not see reason as presupposition-less examination but instead see reason as “a willingness to test one’s beliefs.” A form of critical rationalism, known as critical evidentialism (which I endorse), believes that “in order to be rational in their beliefs one must be able to provide reasons and arguments in favor of the beliefs they hold.” Such critical rationalists recognize that conclusive proof of religious belief is difficult to achieve, whereas conclusive disproof may sometimes be possible. Therefore their belief may not be persuasive or convincing to all reasonable people. But they recognize having reasons for their beliefs are essential to being a reasonable religious believer. Thus, their reason compliments their faith.

The strengths of critical rationalism are evident. It acknowledges with the fideist that it is impossible to begin without commitments and that it is not even desirable to do so. However it also empathizes with the strong rationalist in striving to rationally evaluate our beliefs, but denies that one can start from a presupposition-less place. Merging the strengths of both opposing views the critical rationalist finds a complimentary relationship between faith and reason. The critical rationalist’s faith may in fact be stronger than that of the fideist and more realistic than that of the strong rationalist. “A genuine and robust faith will not shrink from the process of testing, for it is confident that it will indeed pass the test.”

All quotes are from Michael Peterson’s Reason & Religious Belief, and/or Philosophy of Religion. 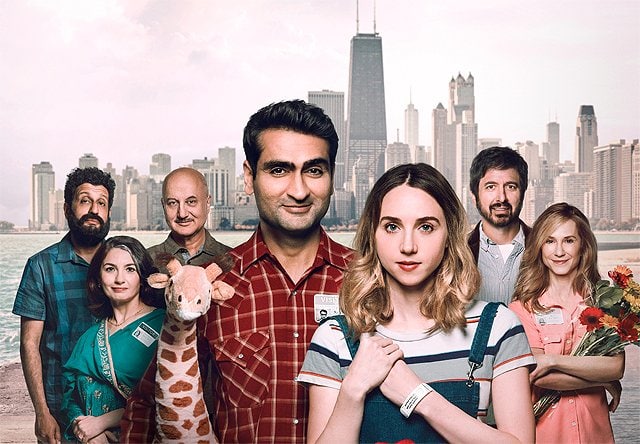