Have you ever made a decision and then in retrospect seen how you could have done one thing differently and avoided a world of hurt? I don’t know about you, but when this happens to me my mind starts to race through the game of should have, could have, and would have. It is a bartering, of sorts, with the past. “I should have done this instead” or “I could have done that also” and “It would have been different.” But no matter how many different scenarios play out in my head, one fact remains: I am exactly where I am, as I am. A game of what-if’s does not change what has happened.

Sometimes it’s even harder when the decisions made were exactly the decisions I knew I had to make. It would almost be easier, wouldn’t it, if I had at least made the wrong decision. At least then I could justify getting out of what has followed. But what if all the challenges that have since ensued are just a part of the package of being precisely where I am suppose to be?

I started to think more about this the other day as I was reading Scripture. There is a twist about halfway in the book of Acts when Paul heads to Jerusalem. The unfolding story of the church zooms in on Paul, so far gallantly going forth spreading the word of God but the twist is that we see Paul is heading to what will ultimately be his death.

It is deeply disruptive, and confusing portion of Scripture. Not only is it challenging for us as the readers, but it was undoubtedly deeply painful for those we are reading about, for Paul’s community, the ones who loved him. Luke himself even attests to struggling with it. It reminded me that the decisions we make for God don’t always guarantee an easy path, or smooth sailing. Quite often they open up a new direction that includes unexpected challenges ripe with opportunities to question if we have really done the right thing.

Before it all came to pass, Paul says in Acts 20:22-25 “Now compelled by the Spirit, I am going to Jerusalem, not knowing what will happen to me there. I only know that in every city the Holy Spirit warns me that prison and hardships are facing me … I know that none of you among whom I have gone about preaching the kingdom will ever see me again.” It was a tearful goodbye, his friends “all wept as they embraced him and kissed him. What grieved them most was his statement that they would never see his face again” (Acts 20:37). I can hardly imagine. At least when we left our family and friends in Orlando we knew that we could always call, text, email, Skype, you name it. But Paul knew this was the last time they’d ever see each other. And if that departure wasn’t hard enough, when Paul arrived in the next city on his way the people who received him there “Through the Spirit they urged Paul not to go on to Jerusalem” (Acts 21:4).

Can you imagine that?

You’ve heard clearly from God about what you have to do, you’ve made some painful steps towards that realization, and then God-loving people thorough the Spirit urge you not to move forward. Wouldn’t you begin to start questioning the decision you made? Where you’re heading is hard enough, and now it is creating wave after wave of pain for those who care about you. But Paul could no be dissuaded. He continued onward.

When Paul arrived in Caesarea, a prophet named Agabus came and prophesied “He took Paul’s belt, tied his own hands and feet with it and said, “the Holy Spirit says, In this way the Jews of Jerusalem will bind the owner of this belt and will hand him over to the Gentiles” (Acts 21:11). The picture emerging intensifies. Each step towards Jerusalem reveals more danger. Apparently this even was too much for Luke, “When we heard this, we and the people there pleaded with Paul not to go up to Jerusalem” (Acts 21:12). Paul receives an accurate prophecy, and it is too much for his friends. They plead with Paul. Surely the logic could have been something like “Paul, clearly this is a prophetic warning! God is saving you from a world of hurt.” But again, Paul could not be dissuaded. And it all came to pass, all of it.

Paul was handed over to the authorities on his way to Jerusalem, he was mistreated, and falsely accused. He ended up spending years in jail while Roman authorities neglected him, and while Jewish authorities sought his death. And while in captivity, Jesus himself consoled Paul and said “Take courage! As you have testified to the facts about me in Jerusalem, so you must also testify in Rome” (Acts 23:11).

After a few more sham trials, Paul exacerbated by the false accusations appeals to Caesar, which was a right of his as a Roman citizen (Acts 25:11). But you know what the real kicker is? The authorities were ready to let him go, they recognized Paul’s innocence. “Agrippa said to Festus, “This man could have been set free if he had not appealed to Caesar”” (Acts 26:32). He is then sent off to Rome, experiences shipwreck on the way, and more imprisonment, and church history tells us that he was beheaded in Rome.

There are so many moments in this part of Paul’s life that I can’t help but wonder if he asked “Did I make the right decision?” Surely he could have played the game that we all sometimes play. He had opportunity after opportunity to turn around, or to even stop. “I could have responded differently to Agibus” “I should have not appealed to Caesar” and finally “I would have remained with my friends.” Did all these sorts of thoughts play as a continual loop in his head?

Acts unashamedly underlines what is undeniable in all these events: what unfolds is all according to God’s plan. Paul kept his eyes fixed on Jesus and would not look away. I can’t help but wonder tho, wasn’t Paul just being stubborn? Maybe. But even if he was, it seems that God uses Paul in all his stubbornness to accomplish His plan.

Are you in a place where you are looking at what’s going on in your life and seriously questioning some of the decisions that have led you to where you now are? Maybe you know you made the right decision, but had no idea what it cost you. The decisions we make to follow Jesus will not always be easy, and they won’t always guarantee outcomes we desire. Paul’s journey was met with resistance, it was misunderstood, and yet it was fundamentally God-inspired.

Maybe this retelling of Paul’s life is discouraging for you. Following God and discerning what he has for us isn’t always clear. Sometimes we make decisions based on God, sometimes they’re just based on what we want—and often we have difficulty hearing God’s voice amid the array of opinions. So we pray, make the decision, and move forward in hope. And so you look at your circumstances and start asking “Did I really listen to God? Should I have done this differently? I could have spent more time in prayer. I would have sought more counsel.”

Ultimately playing the could have-should have-would have game does nothing but cause us anxiety and regret. It does you no good, and really its just a way of avoiding your discomfort, or pain, or even regret. No matter where you are, be it the outcome of your good decisions or even mistaken decisions, you are where you are.

The only true way forward is to take one step at a time towards Jesus, trusting that God is the one who guides even if the path is dark, and the situations bleak. We have to remember that God guided Paul, and he guides us as well. 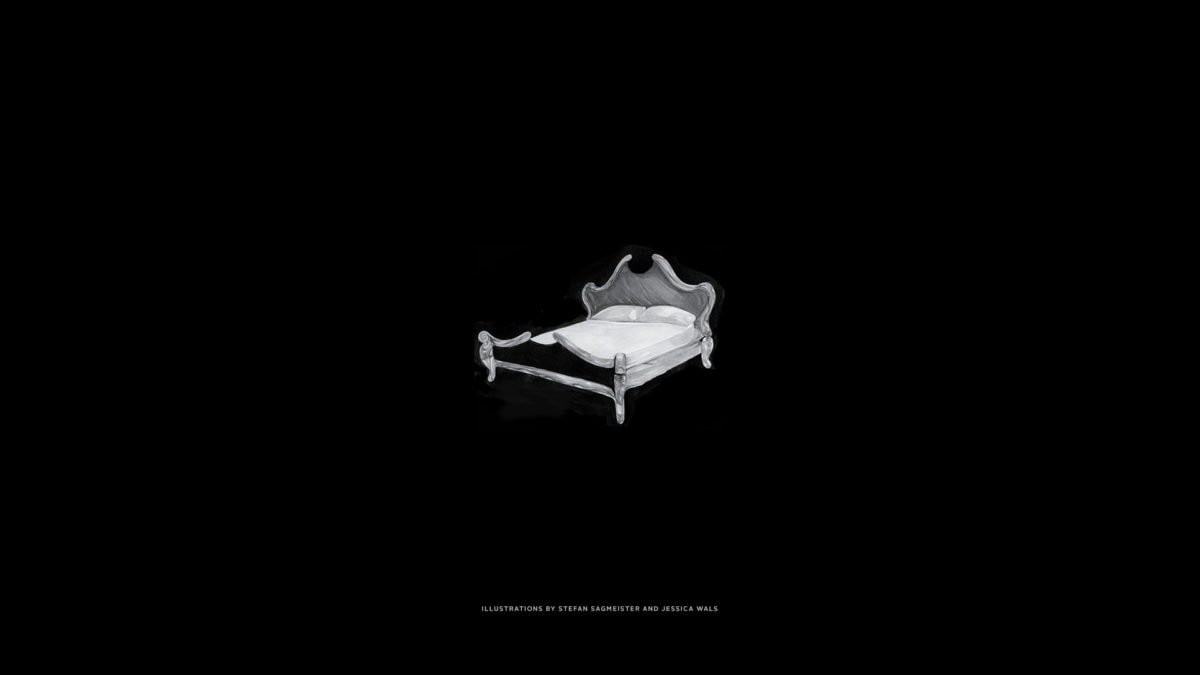