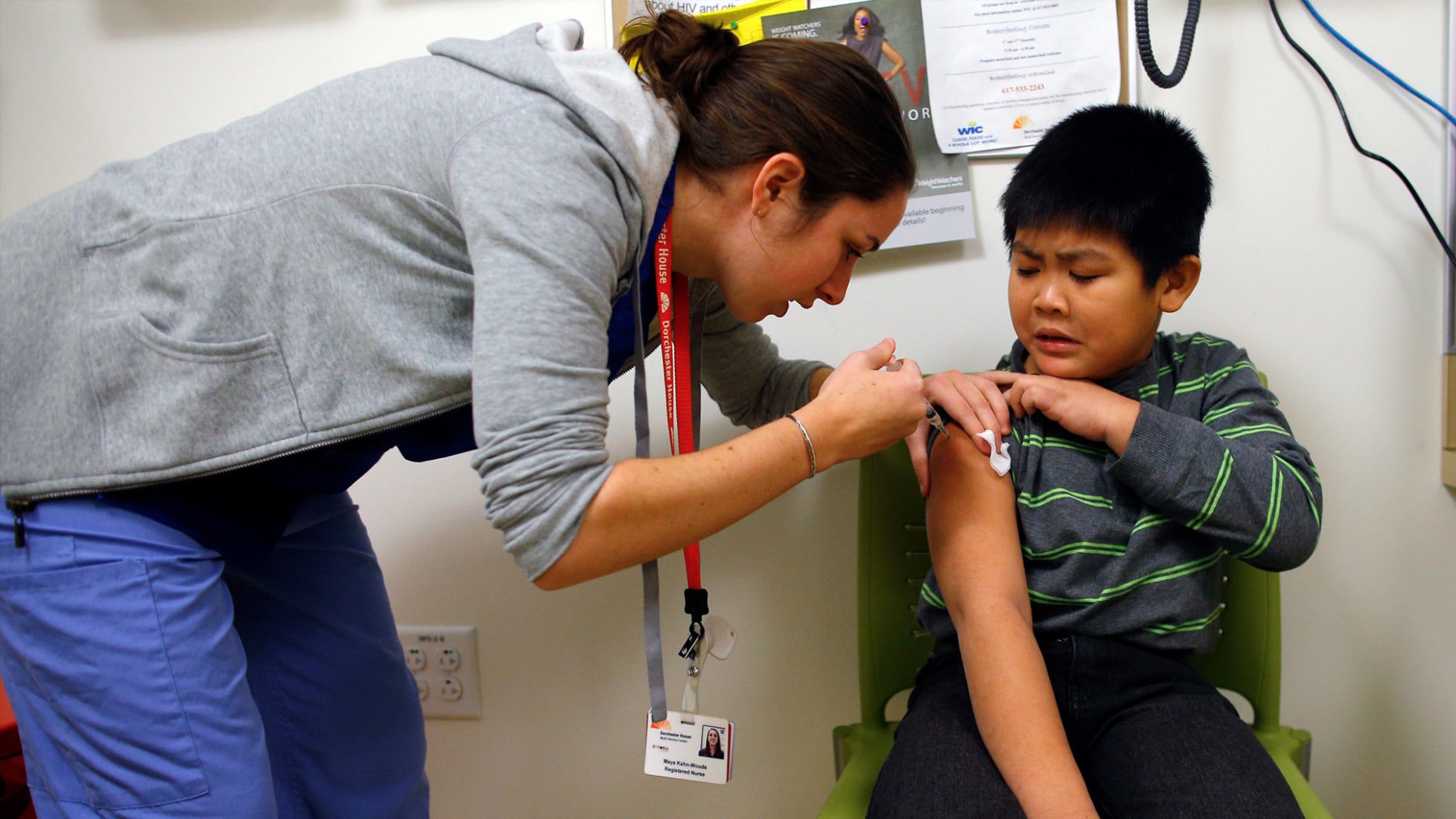 Last week I shared an article on Facebook from The Daily Beast which blamed Anti-Vaxxers for bringing the measles back to New York City. A hailstorm of arguments ensued. Good people, people I love, people I respect, people I admire, even people I hadn’t spoken with in ages, were arguing adamantly for or against vaccinations. It gave me a lot to consider and even reconsider. I came to see that the article oversimplifies the issue, and vilifies Anti-Vaxxers. Not all who fall under the label fit tidily into a single category of uninformed ignorance. Many do. But some are informed and thoughtful, and others are speaking from deeply painful personal experiences.

As I was mulling it all over, the next day The Vancouver Sun reported on Adriaan Geuze, a pastor in Chilliwack, who actively advises against vaccinations to his “1200-strong congregation.” He says “We leave it in [God’s] hands … if (we get sick), he can also heal us from it.” He thinks “there is no need to make a healthy ‘God-given’ body ‘a little bit sick’ through vaccination.” To be fair, he doesn’t oppose medical treatment when a person is already sick. It’s just vaccinations that he takes issue with.

Before I could catch my breath from reading that article, the next day The Vancouver Sun reported on a measles outbreak in Chilliwack. It’s now a little too close to home for my comfort.

Christians are on the Hot Seat

Vaccines are headline news. The media are correlating Anti-Vaxxers with certain Christian groups. Should we vaccinate as Christians or not? To answer this, a bigger issue needs to be dealt with: how should Christians view medicine as a whole?

Before I say anything else: I realize that this is a controversial and personal subject, and that I may even offend close friends and family. This is not my intent. As one of the pastors of St. Peter’s Fireside, I feel a sense of urgency to offer a pro-vaccination perspective from a Christian voice, because it is a spiritual, social and cultural issue. It intersects with the three areas where we want to see God bring about renewal, and it’s something we’re facing locally.

All of medicine is about life and death.

Adriaan Geuze promotes medical treatments that bring about life. He’s not against all medicine. He opposes vaccinations because they introduce illness, which are forms of death, into the body. He recognizes this reality of medicine. I just think he’s got vaccinations in the wrong category, and it’s a serious mistake.

God is all for Life-Giving Medicine

God is about life not death. God is about us having life abundantly (John 10:10). When Jesus walked in our midst, his very presence eradicated evil and sickness and death. Why? Because we were getting a glimpse into what God’s kingdom is actually like. These wretched things have no place in the fullness of life. In light of what the kingdom of God is like, I will say it as plainly as I can:

God is for medicine that promotes life.

How do I justify this bold statement?

Paul writes to Timothy, “No longer drink water, but use a little wine for the sake of your stomach and your frequent ailments” (1 Timothy 5:23).

Our Health between Now and Forever

Paul has a healthy understanding of how God’s kingdom will come about. He doesn’t collapse the coming kingdom into the present world. We live in between Jesus’ first appearance and the expectation of his return. Only at his return, will God finally abolish all things that stand in opposition to his kingdom, such as illness and death.

It is absurd to say, as some charismatic circles insist, that it is always God’s will to heal us on this side of eternity. Was Timothy lacking faith? Was Paul, when he advised wine over prayer? While God will heal in an ultimate sense when the kingdom comes in its entirety, it’s not always true now. Paul recognizes Timothy’s frequent ailments. Not just occasional indigestion, but an ongoing health issue. This is part of reality for all people until Jesus returns.

While God will heal in an ultimate sense when the kingdom comes in its entirety, it’s not always true now.

We should take note of what Paul does not say. He does not say “Timothy, you need to pray more and have more faith.” Nor does he say “Timothy, you need to accept God’s providence in your life and not combat this illness by other means because that would be thwarting God’s plan for you.” No. Paul recognizes that there are means within God’s good creation that help our health, that combat illness, so he advises, “Use a little wine.”

This little tidbit of advice from Paul to his beloved Timothy is just a peek into Paul’s view of creation and culture. Paul has no problem endorsing medical treatment that leads to life and wholeness, because when it does it is actually in line with the kingdom of God.

The Earth can be Redemptive

Jesus also advocates the use of the earth’s resources in our healing. When he healed a blind man in John’s gospel, Jesus used mud and spit (John 9:6). Did he need to do this? No. There are plenty of other instances where he simply heals people by his word. Why then did he use such a crude remedy? It’s a powerful symbolic act. He is recreating this man out of the earth from which he came. And maybe, just maybe, Jesus is showing us how the earth can be used within God’s redemptive purposes.

God, in his providence, has endowed us with wisdom and creativity to use the earth in order to combat illness, suffering and death. This doesn’t mean that we shouldn’t pray for miraculous healing. Of course we should. But in praying we shouldn’t throw our other God-given faculties out of the window.

All of medicine is birthed out of humanity’s God-endowed ingenuity and creative use of the earth. Jesus used the earth to heal. Paul urged Timothy to use the earth to manage ongoing illness. Any medicine that leads to a fuller life, that alleviates suffering, that fights death is a good thing because that’s what God’s kingdom is ultimately about.

The Risks and Benefits to Vaccines

As Christians, we must recognize that not all medicine leads to life. Quick examples include the use of medicine to euthanize people and some forms of birth control. But in the case of vaccinations? In my opinion, vaccinations are about life not death. As to why some think differently, a recent study by psychologist Stephan Lewandowsky reveals that the common denominator against vaccinations is usually misinformation and suspicion towards authority.

While not always the case, it’s more often a worldview issue at play than a vaccination issue, which is precisely why we need a robust theology of medicine. Unscientific websites and blogs, folklore and Jenny McCarthy have no place in this conversation. We need to focus on reliable research (I’ll suggest some later).

Before polio vaccine was available, 13,000 to 20,000 cases of paralytic polio were reported each year in the United States. Before measles immunization was available, an average of 450 measles-associated deaths were reported each year between 1953 and 1963. Before Hib vaccine became available, Hib meningitis killed 600 children each year and left many survivors with deafness, seizures, or mental retardation. I could go on and on and on, but it’s self-evident that vaccinations are ultimately about life because they have drastically reduced the shadow of death seen in these realities of the recent past.

The risks and possible side effects of vaccines do not outweigh the alternative. Do we want more preventable disease or less disease?

While vaccines carry some risks and in some very rare instances great costs, no medicine is without risk and possible side effects. As a Christian M.D. that I’m friends with has said on the issue, “Every medical decision is made by considering the risk versus benefit ratio. The risks are minuscule in my assessment and the benefit, population-wide, is staggering.”

The risks and possible side effects of vaccines do not outweigh the alternative. Do we want more preventable disease or less disease? More preventable death or less death? Are vaccinations perfect? By no means. They do not guarantee our protection. Do they need constant reform and improvement? Absolutely. But that’s at the heart of the whole scientific endeavor anyways.

Modern vaccinations have not only been rigorously proven as safe, and undergo far more scrutiny and testing than any drug. Until God restores all things, vaccinations are an attempt to bring about a quality of life that reflects that of the kingdom of God.

Why does this even matter?

This issue cannot be relegated to the corridors of personal choice and opinion. A laissez-faire attitude or an anti attitude towards vaccinations has effects upon the majority. While it involves one’s own body, which is immensely personal, that body is a part of society and interacts with other bodies. It is a societal issue.

All on both sides of the argument are attempting to push their agenda on the other. It’s unavoidable. Those who are anti-vaccine are putting the rest of society at risk by lowering the percentage of vaccination within society. The WHO says a vaccination rate of 95% is necessary for immunity to work. Refusing to be vaccinated is forcing others to live in a world where vaccinations are not given the opportunity to perform as they should.

Since this is a societal issue, we have to ask: what brings about the most common good? The evidence undeniably leans towards vaccination—not that vaccinations in and of themselves are perfect, but the results that have been introduced into society are measurable and observable within history. We live in a world with less disease and death.

Why should anyone get to force their opinion on anybody else, especially when it involves one’s own body? That’s what it means to be a part of a society, particularly a democratic society. We come under the majority and governmental authority, even when we find ourselves in the minority. Yes, there are times to protest and reform, especially when the government is doing something corrupt. But in this instance? The government and the majority of society has our common good in sight.

Vaccination is not just for you, but also for the sake of others, especially those who have legitimate medical reasons and cannot get vaccinated. The second greatest command is to love our neighbours as ourselves. We see Christ embodying this commandment in such a sacrificial way that it was even costly to his own body. We don’t get vaccinated just for ourselves but for the sake of our neighbours, our cities, and the world.

Dr. Robert Pearl, who recently responded to the anti-vaccination movement over at Forbes, said that “as a society, before we allow misinformation to threaten public health, we must recognize that vaccines today are safe and effective. Anything less is irresponsible. We owe it to our children and our communities to make vaccinations universal.” As Christians, if we are going to seek the common good of our city, then vaccination is part and parcel of that package. 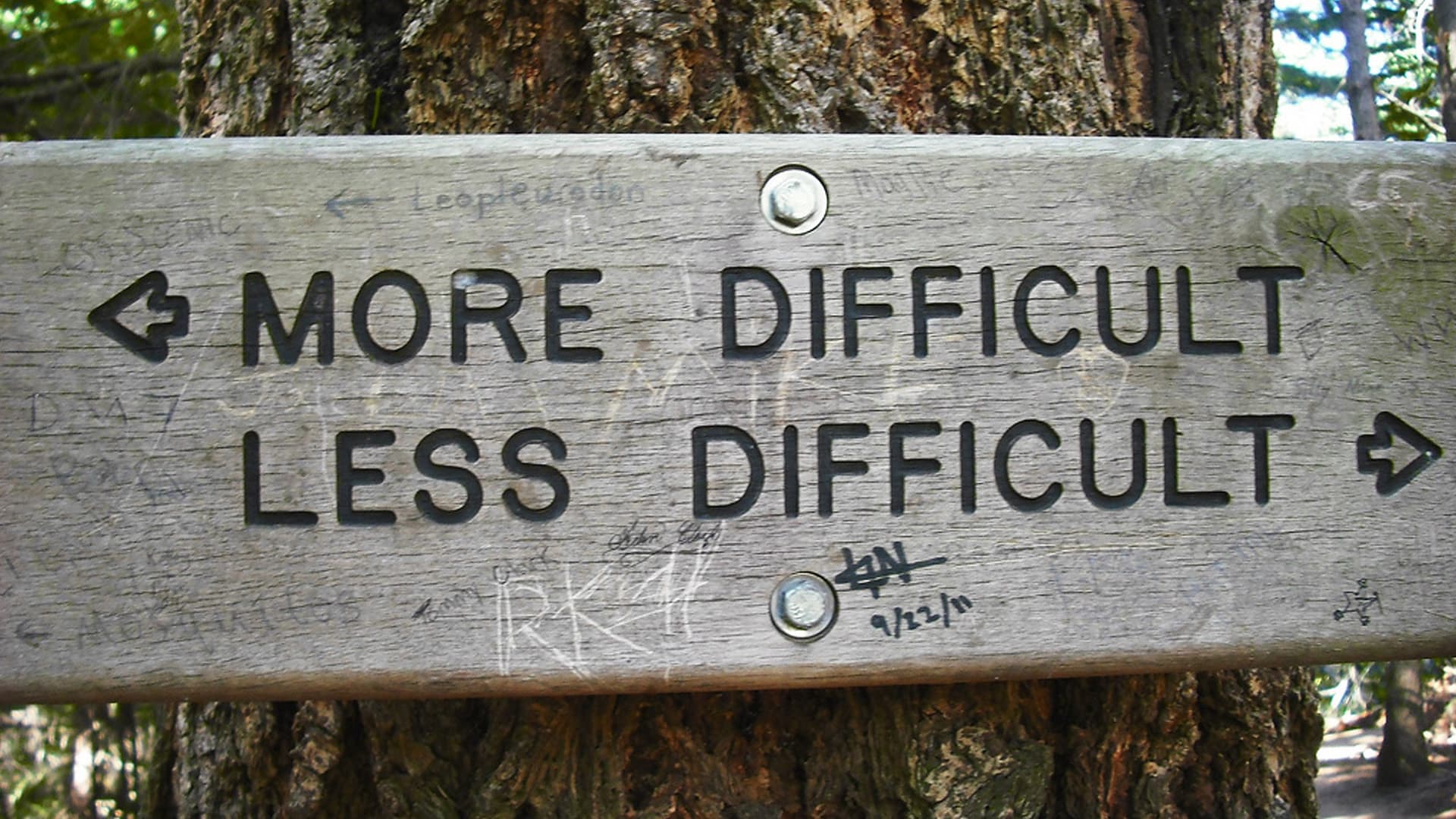