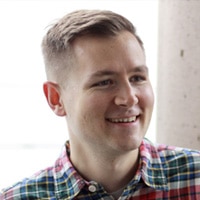 Last summer I had the chance to go to the Rivendell Retreat Center on Bowen Island for a couple of days. In addition to resting, my aim was to do some thinking and reading about prayer. I chose two books to take with me: Prayer by Ole Hallesby and Letters to Malcolm: Chiefly on Prayer by C.S. Lewis. I wrote a blog last summer dealing with the former, but it’s Lewis’ book that I want to spend some time reflecting on in this blog, and in another blog that will go up later in the week. In this first part, I’m simply going to outline Lewis’ argument. In part two, I’ll offer some reflection on why we should even care about all this stuff and what we should do about it.

Letters to Malcolm is a collection of letters that Lewis wrote to a friend about the nature and purpose of prayer. I remember thinking at the time how interesting it would be to read the other half of the conversation, as we only have got Lewis’ side. I only found out once I’d finished the book that there actually wasn’t another side to the conversation; Malcolm was a figment of Lewis’ imagination and the “letters” were fictional. Although I was a little disappointed to learn this, it didn’t alter my positive impression of the book.

While the majority of the letters deal with personal prayer – that which we do on our own with God – the first chapter is devoted to the issue of corporate or liturgical prayer. Despite its small footprint within the book, it’s this chapter that has perhaps most stayed with me and challenged me over the last year. Right at the beginning of the first letter he tells Malcolm that he will only enter into a discussion of prayer so long as it is restricted to private prayer.

Lewis insists that there is no subject in the world (except sports) on which he has less to say than church liturgy. However, as soon as he has finished saying this he launches into several pages of thought concerning this very subject. Lewis was, of course, an Anglican, and the crux of his argument is what would be expected from a devout Anglican. He believes that the job of the person in the pew is to make the best of what they are given on a Sunday morning and he argues that this would be, “a great deal easier if what we were given was always and everywhere the same.”

To judge from their practice, very few Anglican clergymen take this view. It looks as if they believed people can be lured to go to church by incessant brightenings, lightenings, lengthening, abridgments, simplifications, and complications of the service.

“As long as you notice, and have to count, the steps, you are not yet dancing but only learning to dance.” – C.S. Lewis

While he notes that some people might be in favour of this sort of innovation, he is confident that the majority are not:

Is this simply because the majority are hide-bound? I think not. They have good reason for their conservatism. Novelty, simply as such, can have only an entertainment value. And they don’t go to church to be entertained. They go to use the service, or, if you prefer, to enact it.

Lewis then goes on to describe exactly what it is that happening in the service, and why it’s better that it remains fixed:

Every service is a structure of acts and words through which we receive a sacrament, or repent, or supplicate or adore. And it enables us to do these things best – if you like, it “works” best – when through long familiarity, we don’t have to think about it. As long as you notice, and have to count, the steps, you are not yet dancing but only learning to dance. A good shoe is a shoe you don’t notice. Good reading becomes possible when you need not consciously think about eyes, or light, or print, or spelling. The perfect church service would be one we were almost unaware of; our attention would have been on God.

I can make do with almost any kind of service whatever, if only it will stay put. But if each form is snatched away just when I am beginning to feel at home in it, then I can never make any progress in the art of worship.

Lewis certainly argues his case with clarity and force. The question is, however, do I agree? I didn’t know when I first read these words over a year ago, and his argument is still giving me a lot of food for thought. However, before I offer my own reflection on Lewis’ words, I think it’s best if I leave you to mull over them for a few days.

Come back to the blog on Thursday and we’ll pick this up again.