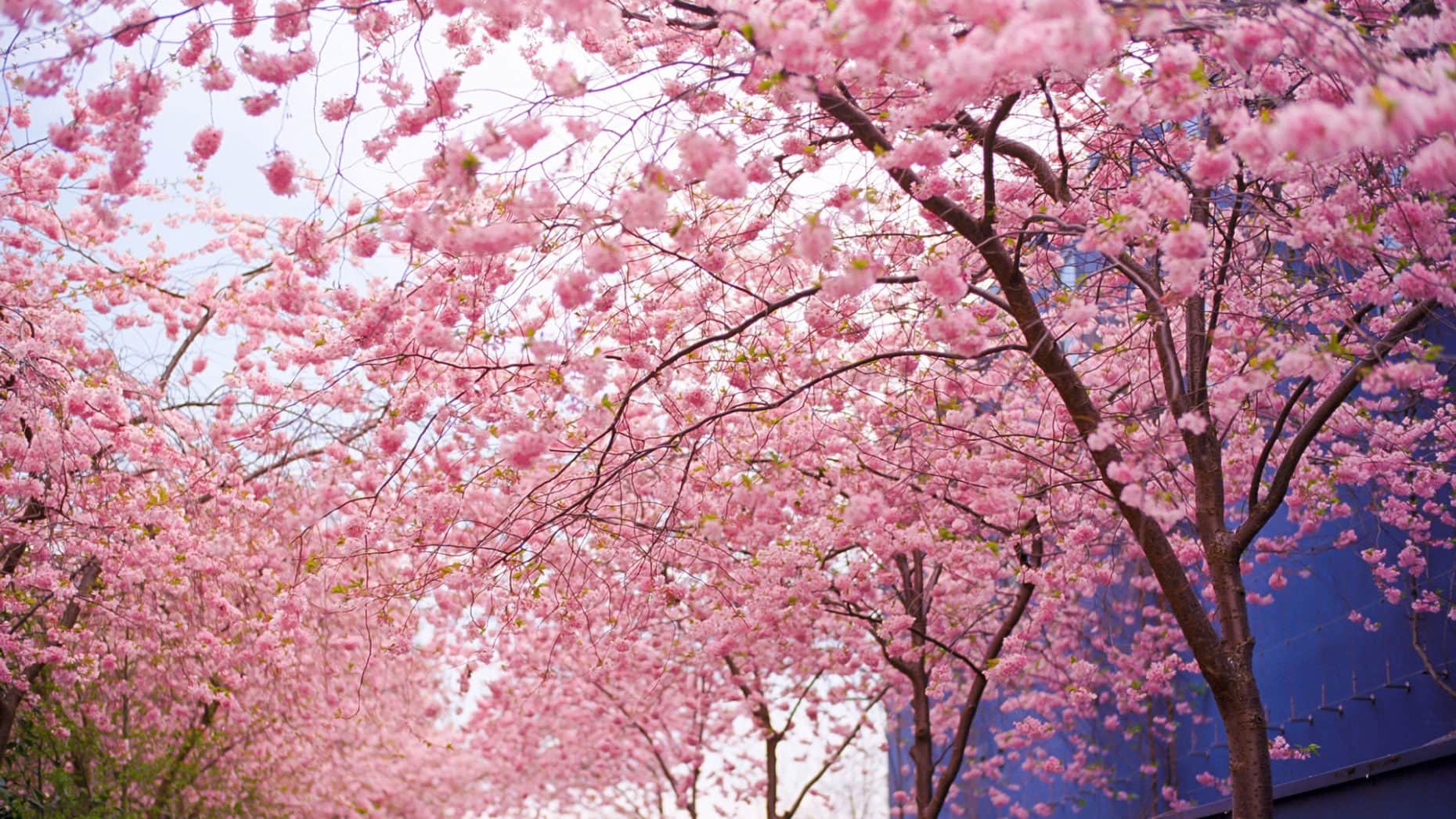 Carrie and I moved to Vancouver — the land of Cherry Blossoms — in the late days of summer 2009. It all started in the fall of 2008 when we began talking about what it might look like for me to do further study in theology. We weighed the pros and cons of various schools and cities and eventually settled on Regent College in Vancouver, BC. Once we had made the decision we began telling friends and family that we would be moving to Vancouver at the end of the summer.

Most people’s reactions mirrored our own: sadness at having to depart, but excitement over what laid ahead. The grounds for the excitement differed though. There were those who knew nothing of Vancouver or Regent College and were simply excited at the prospect of new chapter for us. There were those who didn’t really know anything about Vancouver, but knew about Regent College and its professors and were excited, if not a little jealous, at what I would be studying. And lastly, there were those who were excited about Vancouver itself. For most of the people, it was the proximity to the mountains and the ocean, the walkability of the city, the warmer temperatures, the food, and specifically, Granville Island.

However, there was one person’s reaction that I will never forget. He was a friend from church – he and his wife had lived in and loved Vancouver for many years. His reaction came in an e-mail that moved seamlessly from praise to criticism and back again. So much of it has proven to be true of my own experience, but it was his final line that really stuck with me:

“Many streets through Vancouver are lined with flowering cherry, peach and apple trees. Red, yellow, and white, each blossoming in turn through the spring. At moments you’ll think God has festooned the streets for the second coming. But very soon, like everyone else, you’ll take it for granted.”

No one had ever told me about the blossoming trees and I had never seen them for myself. Let me say this. He was absolutely right! I don’t know if there are many things more beautiful in the world than a grouping of cherry blossom trees on a beautiful sunny day. I can’t get enough of them. Carrie will tell you, every time we pass one that’s particularly beautiful I will always point it out to her, “Oh! Look at that one! That’s a nice one!” I will go out of my way and change my walking route just so I can spend longer looking at them. The other day we even drove around for a bit until we found a park that had a sufficient number to appease my appetite.

Even though we know Jesus’ first coming ended with us turning away from Him, we can take hope in the fact that it is not the end of the story.

But it’s not just the physical beauty of the trees themselves. It’s what my friend said about them that has shaped my love for them. I cannot see a cherry blossom tree without that phrase playing through my head: “At moments you’ll think God has festooned the streets for the second coming.” Sadly though, they don’t last. A tree that’s at its most beautiful one week will be surrounded by a shadow of its fallen petals the next. And there is something so tragic about that. Perhaps it’s precisely for this reason that over the last five years they’ve come even more to symbolize for me Jesus’ first coming.

This past Sunday was Palm Sunday – the day that we remember and celebrate Jesus riding into Jerusalem on a young donkey surrounded by a great multitude waving palm branches, laying down their cloaks as a sort of red carpet and shouting: “Blessed is the king who comes in the name of the Lord!” This has always been one of my favourite Sundays of the year because of the paradox of it. On Palm Sunday, we rejoice and praise him and hail him as the king we’ve been waiting for. But not five days later, we mock him and crucify him with a sign above his head that reads, “King of the Jews.” For me the question has always been – how do we reconcile this? But it’s not an historical question – something that happened in the past that needs to be explained. It’s something that happens in my own heart on a weekly, daily and even hourly basis. One moment I praise Him for being the one who has dragged my life from the pit, the one I can’t live without. The next, I push Him aside and trample Him down for not being who I wanted Him to be, for not doing what I wanted Him to do.

My favourite cherry blossom trees, the small ones with their branches raised straight up as so many arms declaring the glory of the Lord, still bring to mind the joy of Jesus’ first coming. However, as I tread upon their fallen petals, beaten down by rain and stained with mud, I am reminded of how fickle is my heart. Bursting forth in praise one minute, naked and soiled the next. And it’s good to be reminded of this, especially as we indwell the space between Palm Sunday and Easter Sunday. Even though we know Jesus’ first coming ended with us turning away from Him, we can take hope in the fact that it is not the end of the story. Not only could death not hold Him, but we know that one day He will return. And not only will the streets be festooned for His coming, but our hearts will recognize Him for who He is and they too will burst forth in glorious, never-ending praise.