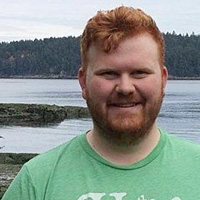 “Why are you studying English Literature?” It’s a question that I get every time someone finds out what program I’m in. And it’s a difficult question to answer succinctly. I often joke that a degree in English prepares me perfectly for a great career as a barista. But the simple truth is that I really enjoy stories. But even more than that, I am convinced that studying stories is important, because stories say so much about who we are as humans. The stories we tell, and the stories we consume shape us and define us. Stories matter.

The most significant story I have read recently is East of Eden by John Steinbeck. Allow me to get up on my soapbox, and explain to you what makes this novel great, and why it matters.

East of Eden is the closest thing America has to an epic, or national myth. It is what The Odyssey was to the ancient Greeks, or the King Arthur stories are to Britain. East of Eden chronicles the actions of a two families in the Salinas Valley in Northern California from the American Civil War until the end of World War One. That time period was marked by massive change and incredible new technologies. But despite sweeping changes, one thing remains the same from generation to generation; the actions of every character in East of Eden are defined by an unquenchable thirst for greatness. In good and in evil, each character, in their own way, has a deep desire for personal glory.

What makes this novel so significant is that not a single character achieves the holistic greatness that they seek. Some are rich but unlucky; others are wise but lacking ambition, loving but poor, pious but ignorant. Generation after generation, everyone falls short of true greatness. For Steinbeck this is the story that defines humanity.

The title of this novel, East of Eden, even alludes to this. Steinbeck writes that the two stories which define us as humans are the story of Adam and Eve and the fall of humanity, and the story of Cain and Abel, one generation afterwards. Adam and Eve’s choice of evil over good (a feeble attempt at greatness in their own way) was devastating. A new generation is supposed to bring a fresh start, but Cain’s choice of evil in killing Abel shows that we as humans are doomed to continually repeat our mistakes.

Steinbeck does an amazing job of showing the brokenness of humanity. Continually choosing evil over good. Continually falling short of the greatness they so desire. Stuck in a perpetual cycle of hope for a new generation, and each generation hopelessly repeating the mistakes of their forbears.

This is a heartbreaking story, made even more tragic by its accuracy. East of Eden is not just the fictional story of the Trasks and the Hamiltons; it is the story of all humanity. In our attempts at greatness we continually fall short, and our brokenness and hopelessness become so evident.

Steinbeck’s definition of the entire narrative of humanity is accurate, but depressing. And even if something is written incredibly (which East of Eden is), I still want to have some sort of happy ending or bright spot in the stories I consume. Unfortunately, that uplifting sense of closure or relief was not contained within the pages of this great novel. But as I mulled over East of Eden, I couldn’t help but feel an incredible sense of hope.

Christ’s story redefines humanity’s story. Jesus’s choice to give up everything has flipped the script, and ensured hope for humanity rather than devastation.

As a Christian and student of Literature, I have to realize that every story I study has to be read in the light of a greater story — the gospel. And it is only because of gospel that I can come away from East of Eden with a sense of hope. In human tragedy (something that East of Eden has a lot of), Christ’s grace must abound. In human darkness the light of Christ can be seen all the brighter.

Steinbeck defines all human action (from Eden, through the events of his novel, to the present day) as striving for greatness and in doing that exposing brokenness. But the story of the gospel is greater and defines us all the more. The gospel of Christ is the complete opposite of Steinbeck’s story of humanity. We seek glory and end up in devastation. Christ, howeve, “though he was in the form of God, did not count equality with God a thing to be grasped, but emptied himself, by taking the form of a servant, being born in the likeness of men. And being found in human form, he humbled himself by becoming obedient to the point of death, even death on a cross. Therefore God has highly exalted him and bestowed on him the name that is above every name “(Philippians 2:6-9).

In becoming human, Jesus reverses the story of humanity. He put aside the greatness He deserved. He came not to be served but to serve. Jesus selflessly humbled Himself to a painful, shameful death. And because of the devastation he experienced, He receives glory. All so that we could share in His life, and experience the true greatness we long for. This greatness that doesn’t come from our own striving towards things we think we want (wealth, power, acclaim), but that comes from being perfectly loved, healed, redeemed, and restored by the one who first loved us, and gave up everything so that we could be with Him forever.

Christ’s story redefines humanity’s story. Jesus’s choice to give up everything has flipped the script, and ensured hope for humanity rather than devastation. Although Steinbeck does not provide a happy ending in East of Eden, for those who trust in Jesus, the hope is palpable. At the end of the novel I longed for Christ to break into our brokenness and re-write it with His hope. No matter how tragic the mistakes made by humanity or the choices made by the characters in the novel are, Jesus’ story is better. He brings healing for the broken, He raises up the downtrodden, He brings hope to the hopeless. Because of Jesus we can find hope in even the most tragic of stories.

Even though in East of Eden John Steinbeck accurately shows humanity to be stuck in a tragic and perpetual cycle of falling short of the greatness they desire, God’s grace is evident. The story of grace, and renewal, and hope that he writes redefines us, and restores to us to the relationship which He intended to share with us; a relationship which Adam and Eve chose turned their back on, that Cain and Abel turned their back on, that we choose turn our back on. But Christ sought us out, and in Him there is a greater hope that far outshines the tragic story humanity began to write back in Eden.

about the author
Colin is a member of St. Peter's Fireside. He is a red head who the sun is trying to kill. In the summer he risks his life catching ball games at Nat Bailey and frolfing. In the winter he likes to hole up with some music, and catch up on reading. He has an undergraduate in English from UBC. If you're feeling up for it, you can follow him on Facebook, Twitter, or Instagram.

Between The House & The Chicken Yard

Superman Isn’t Human, But He Should Be

Is there grace for Moses?