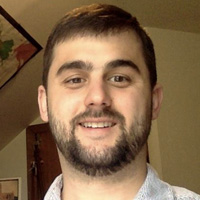 David wept. He sobbed, groaning in agony. This is how the news of Jonathan’s death hit him. Jonathan had been a friend like no other. A friend who loved at all times and whose well-wishing was untainted by self-interest. A steady force of compassion, care, and love in a world riddled with uncertainty, fear, and isolation. To memorialize his friend Jonathan, David wrote:

“How the mighty have fallen in the midst of the battle!

I am distressed for you, my brother Jonathan;

very pleasant have you been to me;

your love to me was extraordinary.”

The events I’ve just recollected are recorded in the Books of Samuel. At the end of 1 Samuel, David’s closest friend, Jonathan, is struck down in a battle. In that same conflict, Jonathan’s father, King Saul, also met his demise. In the same instant there are two deaths; father and son.   But the tragedy and loss that befell these two men are due to very different reasons. This is something that the careful reader does not want to overlook.

On the day in which Jonathan was killed, he found himself in the midst of a mess that was not of his own making. Jonathan was a victim of circumstance. His was a fate of injustice. The Book of Samuel makes it clear that Jonathan was a noble and upright soul. He was the type of guy that makes the world a better place. He was self-forgetful, loyal, and loving, qualities which were especially apparent in his friendship with David. Given that Jonathan’s father, Saul, was king, it was natural to assume that Jonathan would be his successor. He was the heir apparent. But this is not how God wanted things to play out. David was tapped to become king instead. In normal circumstances, this would have made David into Jonathan’s nemesis, existing in a state of enmity, resentment, and competition. Yet, this was not the case. Jonathan and David were the best of friends. Jonathan was a made without envy, willing to submit his own ambitions to God’s greater plan. Given such traits, it is indeed a tragedy that Jonathan died an untimely death on the battle field. He was the victim of a conflict he did not start. His life was extinguished through no fought of his own.

With Saul, nearly the opposite is the case. While his fate matched that of his son, the reason for his misfortune is entirely different. The Book of Samuel makes it clear that it owes chiefly to his own flaws, foolishness, and desire to be in control. Saul is a victim of his own pride and folly. Throughout his reign, Saul showed himself to be indifferent—and even resistant!—to God’s instruction. He was stubborn. He was envious, resentful, and impatient. Instead of waiting for God help, Saul chronically took matters into his own hands and made things worse. His life was needlessly riddled with conflict and warring. The result? Saul digs his own grave!

As I see it, Jonathan and Saul offer an invaluable model to us. They assist us in rightly interpreting the struggles of our own lives. The differing reasons for their common fate prompt us to ask ourselves a tough question in our own moments of misfortune and loss. When we find ourselves in a mess, what’s the reason? Are we more like Jonathan or more like Saul?

We must learn to ask ourselves whether we’re more like Jonathan or more like Saul. What are the real factors at play in the mess of our lives?

There are many marks of a mature, serious Christian. Learning to ask just this question is one of them. In fact, I would go so far as to say that one’s ability to ask and answer this question honestly is a vital precondition to the type of transformation that God offers. Let me explain.

Our culture is one that speaks often about victimization. To be sure, there are real victims out there. But all too often, the category of “victim” is a cop-out. It’s a card we blithely play as part of a refusal to face the truth about ourselves. Its a mode of self-deception. As a result, we look around at the mess in our lives…and we point the finger elsewhere! We all want to be Jonathan. Yet, we’re more often Saul than we care to admit. The pain, set-back, and disappointment in our lives is attributable to our own sin. Its linked up with those uncomfortably familiar vices that Bible often talks about: pride, envy, apathy, gluttony, laziness, so forth.

We must learn to ask ourselves whether we’re more like Jonathan or more like Saul. What are the real factors at play in the mess of our lives? If we can’t ask and answer this question truthfully, we set ourselves up for more trouble. How so? It’s simple: if we misdiagnosis the cause of our problems, nothing will change. We’ll get stuck. And we’ll likely end up like Saul: ruining ourselves without even realizing it.

People often ask me what is most difficult about my work as a pastor. One of my top three answers is this: the refusal of folks, in the midst of pain and struggle, to properly discern the cause of their distress and hardship. If you’re like me, much of the discouragement, ache, and calamity in life might well prove to be of your own making.   God knows this. He’s here to help, regardless of whether your own folly is the culprit. The question for us is whether we know it. Next time you’re in a mess, pause to consider why. Ask a friend to help you. It might prove to be the crucial first step in escaping the patterns of brokenness that afflict each and every one of us.

Photo: Freeway Choices by Sacks08/CC BY

about the author
Rev. Roger Revell (affectionately known as 'RoRo') is one of our former associate pastors. He is currently working on a PhD at Cambridge. He is married to the lovely Cindy. They enjoy bringing harmony between America and France. We're grateful for Roger's continued contributions to our blog.

Pride and the Rules of Play