A record setting Blizzard couldn’t stop me. I just spent the past week in New York City, staying in hotel a on the outskirts of Time Square. Visual overload. There’s something inspiring about Times Square, and something nauseating. Inspired nausea? Is that a thing? If it is, it’s Times Square. Aggressive sky scrappers dawning massive — just massive — screens, for one purpose: advertising. Whether it’s a five-story Victoria’s Secret model in her underwear or Justin Bieber donning Calvin Klein’s underwear, an iPhone 6s, or simply the Broadway production Book of Mormon — each of these advertisements count on one thing: lust. What is lust?

When it comes to sexually provoking advertisements, we can see lust at play. But do we see lust at play with the iPhone 6s or Book of Mormon ads? What is lust? The most basic definition of lust is undeniably sexual. Lust is an intense sexual desire or appetite. But it’s more than that. St. John talks about “the lust of the flesh, the lust of the eyes.” Lust is also “a passionate or overwhelming desire or craving” (Thanks, dictionary.com!). It’s a passionate or overwhelming desire for the things of this world. It’s the voice within us that says “I musst hass it, my precioussss” 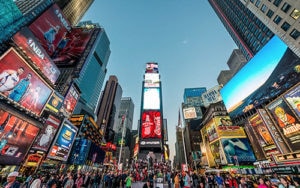 The Manhattan at Times Square Hotel New York (above)

The iPhone 6s ad counts on our lust just as much as Bieber’s briefs. We have an overwhelming desire to stay in the know, to be connected, to have the latest technology. Or simply put: we lust for popularity. When it comes to the latest Broadway hit? The advertisement is counting on our desire to be entertained. But so is every other show that is simultaneously advertising. We can have an overwhelming desire to see something new, to enjoy ourselves, to find satisfaction. Again, simply put: we lust for what’s new.

But what is lust?

Not all of these desires are inherently lustful. There’s nothing wrong with wanting to connect sexually, or to be in the know, or to be entertained. But when our desires for these things are inordinately passionate or overwhelming it’s lust. And lust is insatiable because, in and of themselves, the things we seek after were never meant to bring the sort of satisfaction and contentment that we’re actually craving. The next sexual experience, the newest undies, the fanciest technology, the greatest show — these things leave us simply wanting whatever will come next. Lust begets lust. When we feed it, we only get hungrier. It’s the spiritual equivalent of MSG.

St. Augustine describes lust in such a haunting and accurate way:

Bodily desire, like a morass, and adolescent sex welling up within me exuded mists which clouded over and obscured my heart, so that I could not distinguish the clear light of true love from the murk of lust.

Augustine has sexual lust in mind, but all forms of lust cloud and obscure our hearts.Some say that you lust after someone and you covet after a thing. But I think lust and covetousness are more intimate bed-fellows than that. They’re undiscriminating about person or object. Both cause us to seek secondary things as ultimate things. It’s lust when we think we must have it. We must and we will have it in order to be content or complete. It’s lust that whispers in the back of our minds, “You won’t be okay without it.” Lust clouds our hearts and damages our senses, especially our sight, as Augustine says “I could not distinguish the clear light of true love from the mark of lust.”

Lust is insatiable because, in and of themselves, the things we seek after were never meant to bring the sort of satisfaction and contentment that we’re actually craving.

If we go back to the primordial garden, part of Eve’s sin was lust. The serpent hissed, “If you eat this fruit, you will be just like him! And He doesn’t want that.” Eve reached out, felt the fruit, looked at it and ate. Where’s the lust? She desired herself as the ultimate thing rather than God. That’s at the heart of all lust. Whether it’s the sexually attractive person, the next technological phase, or the next great Netflix documentary, or our own self-improvement — we desire these things in such a way as to complete us, to give us meaning and purpose. We give them a function that only God has.

Doesn’t that answer, on some level, bother you?

Of course it does.

Our lust flares up. “No, not him. You don’t need him. You can do this yourself. There’s a better way, an easier way, a less humiliating way.” That’s the way of lust. It takes our desires and points us away from God and to the creation. Light may break through our clouded hearts; we may see for a moment, but we start to miss the clouds.

The only way out of lust isn’t to dig our heels in and stand our ground while fighting harder. The only way out is to cry out for mercy. But that exclamation for help will be met with what we’ve desired all along. Because with all the vigor and effort we’ve put into pursuing our disordered longings, Jesus has put infinitely more effort into pursuing us and our good. Your desires can be healthy again, just not by your own power. Jesus longs for us with love, not lust; and only Jesus can reorder our lustful hearts. 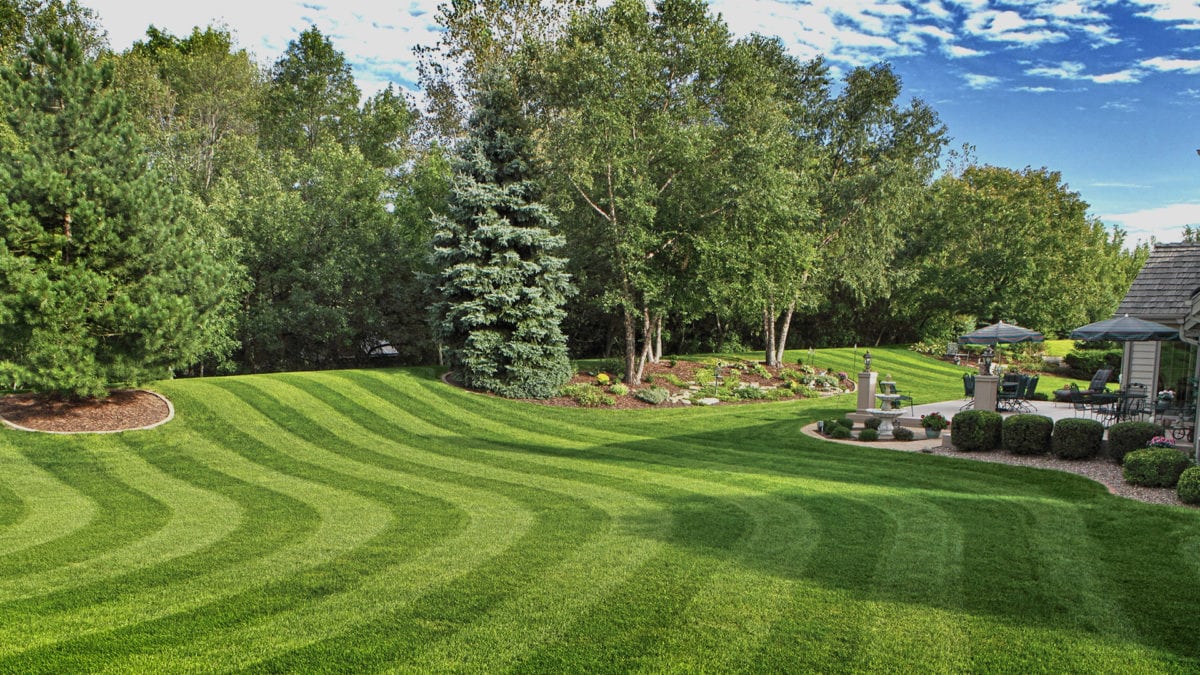