We had both quit our jobs when we came here, we had no idea what was next for us, or what the future had in store or how things would go when we arrived. It was a pure adventure. A leap of faith. When we arrived, we were blessed with jobs, a home, and friends and we began to settle into the new life we are creating here.

When we started meeting new people in the city, whether through church or our jobs I found a lot of people asking the questions:

You know, the normal questions that people ask when they want to get to know someone new. Questions about your origins. I used to have a set answer, a story that I would regale them with. About how I used to live in Ontario, but then left all of that in the east and travelled here to support my wife in her dream of becoming a makeup artist, about how we didn’t have jobs when we came to the city, or about how we found our apartment. But I would mention as a nod to my true origin story, having gone to school for theology and that I was once a pastor.

But I started surprising myself as I told this story over and over again because I realized that I had begun to change my story. I highlighted different aspects more than I used too, and I began to emphasize other parts less, mainly that I had been a pastor. It began to haunt me a little. Why was I changing and re-writing it? What had shifted? I know that I’ve and aged, but it felt like something more. It felt like I was losing something.

This is why I started thinking about Origin stories. I should pause here and let you know that I am a huge nerd. I grew up on comics and superheroes, and fantasy and sci-fi. Within comic books, sci-fi and fantasy, there is a common trope, that no matter how much a character grows within their long lifetime, their origin story will always define and drive them. If you want to know how they are going to face a certain problem, look at their origin story. If you want to know where they are going, look back.

Take Spider-Man for example. the biggest defining mark about Spiderman isn’t the costume, or the webs or the witty comebacks, its the motto given to him by Uncle Ben, “with great power comes great responsibility.” No matter the villain, or the challenge that Peter Parker faces, we as the reader know that he feels a weight on his shoulders, a duty to protect New York because he has great power. The Motto serves as an origin story about the time where he was not responsible and suffered the consequences, but it also points to where he is going.

And you may say to me, Phill, that is curated literature, those are just stories. To which I would say, all of life is story.

There is an origin story that I want to be bold enough to tell. One that is elevated above all other answers of who I am, or who I am going to be, or what defines me.

Let’s look past Comic Books and pop-culture for a moment. Let’s look at scripture. In Scripture, we see a very similar trope at play. Over and over again in the Old Testament, the people of God become lost, confused and worried, they lose their sense of direction, they wonder if God really loves them. In order to tell themselves and other people where they are going, they look back at where they came from at what they have gone through.

The primary defining story of the Hebrew people throughout the Old Testament is the Passover. The People of Israel have been in Slavery for generations, but God comes in and rescues them from their captivity, and on the night before they leave, they eat a meal, the Passover meal. A meal that they are commanded to re-eat and relive year after year.

This is their origin story about the time God passed over them and rescued them. Then throughout the rest of the Old Testament, they continually remind themselves, “Remember you were slaves in Egypt.” Remember you were – not you are, not you will be – but you were.

This idea comes up again in the Christian Narrative at the Last Supper. Jesus creates a new origin story no longer about being slaves in Egypt, but instead a universal slavery from which he will save us from. With his Death and Resurrection, we will be healed of our sin, our brokenness and all that which enslaves us, a new creation will break forth all around us. And he starts this narrative with a meal: “Every time you eat this bread and drink this wine you proclaim the Lord’s death until he comes.”

And since I have been going to St. Petes I have been having that meal a lot more, which has me questioning my origin story. Because when people ask me those questions:

Where are you from?
What do you do?
What school did you go to?
Whats your origin story?

What they are really asking is where are you going, who will you become and what defines you?

And those questions are difficult because I used to know what my career path, or what city I would live in or who I was becoming. But right at this moment, I’m not sure. So when people ask me those questions I stutter. I struggle to give an answer about where I am from because I don’t know where I am going.

But this is where I long to find an identity within the Christian Narrative. There is an origin story that I want to be bold enough to tell. One that is elevated above all other answers of who I am, or who I am going to be, or what defines me. It is not hung up on what I did in the past, or what things I use to define myself, it isn’t a motto or a meal. What I hope to be able to say to people if I am bold enough, is that I am created by God and I am loved by him, and that is where I am going.

Read more articles by Phill Pearson or about Worship. 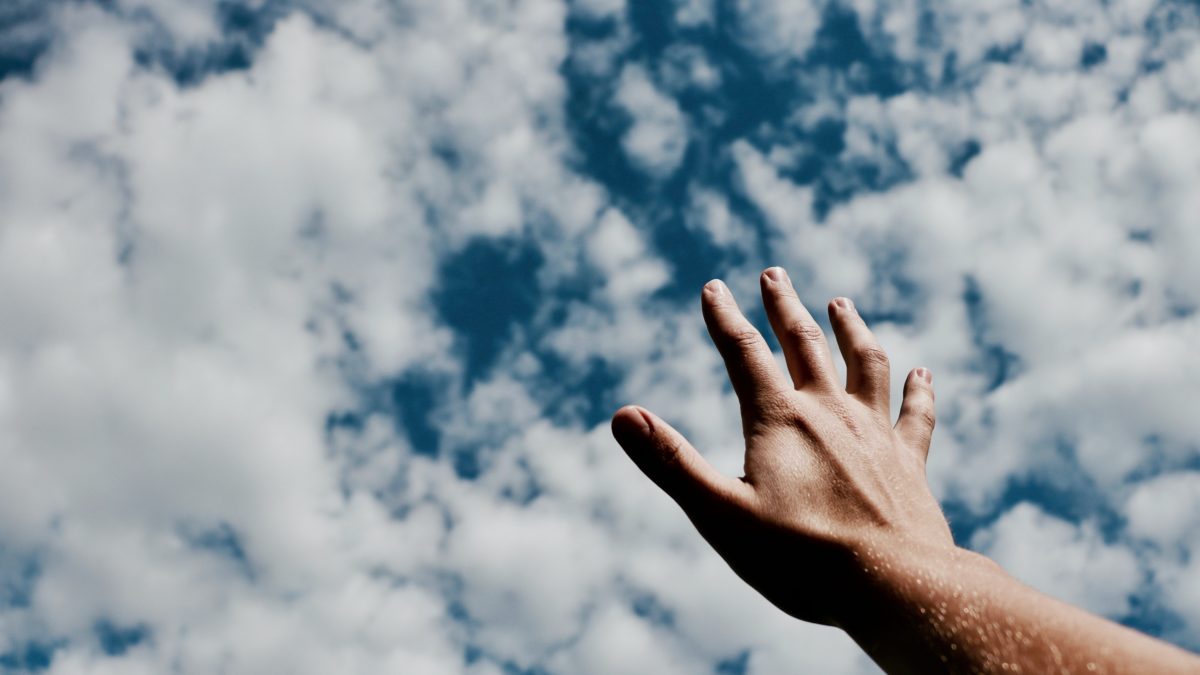