“Blessed are the meek, for they shall inherit the earth”

When I was a child, even a teenager, I thought that being meek meant something like being gentle. Or perhaps like being small, and quiet, not having a temper and not being outspoken or of strong opinions. After all, I grew up in North American evangelicalism. However much truth the Bible speaks, some of the repressive cultural realities we were steeped in crept in to distort it.

And those voices? They always said meekness was chiefly a woman’s virtue. Men were to be courageous leaders, and women meek followers.

I’ve left a lot of that thinking behind. It’s not simply outdated. It’s a twisted, even oppressive, version of the life Christ calls us all to, to be gentle, wise, caring, courageous and daring. But I know I can’t be the only one whose only context for understanding meekness was culturally twisted gender role definitions. And I wouldn’t want you to think that I’m simply unaware of the baggage that so many of us carry into a conversation on meekness. For women, we’ve been encouraged to be meek, plenty often as a tool to silence and ignore our voices. That knife cuts both ways, and I know the false binary is a raw deal for my brothers too. It’s every bit as confusing to have been told to be strong, and loud, and not a sissy… to be anything but meek, and yet see something very different in the character of Jesus and the life called blessed.

So do me a favour. Acknowledge the elephant – the hurt and the confusion – with me,  and mentally, intentionally, set it aside.

“Blessed are the meek, for they shall inherit the earth”

I have the mixed blessing of having worked in several medium-large corporations. One of the many hard things I’ve learned is how to cope with my sense of powerlessness against the machinations of a big bureaucracy. I have space to do my job, sure. But massive organizational change can be simply out of the hands of a junior employee, no matter how many novels and movies suggest otherwise. And sometimes that scale isn’t a company or corporation, it’s an entire industry. Or a country.

When you breathe that toxic air, a kingdom ruled by humility and strength wielded with justice and care sounds so, so sweet.

That power and relational struggle isn’t something you escape on a more intimate scale either. Any veteran of mommy blog wars, academic one-upmanship, or caustic relationships knows quite well the bitter pain we are talking about.

In environments like these, grasping for power and recognition becomes not just a norm, it can feel like a survival skill. So we pit ourselves against each other, we are swamped by jealousy, we seethe at unfairness and favouritism and structural inequalities. It’s a quick way to hell on earth, in the literal sense: bringing what belongs in hell into our lives here and letting them be swallowed by it.  When you breathe that toxic air, a kingdom ruled by humility and strength wielded with justice and care sounds so, so sweet.

You see, it’s not just that I want to be one of the meek, able to rest so calmly in the assurance of God’s love that no insult, slight, or irritation overrides judgment and emotion. I do want that, badly. What I want almost as much is for those around me to be meek and gentle, to love justice and kindness. I want work and life to be open and free, not under constant threat of stepping on someone else’s insecurity and witnessing or enduring the resulting viciousness.

I’ve been trying to paint a picture of why we need meekness and how impossible it is on our own. Meekness is power gentle and effective, not frustrated helplessness and insecurity. Now that we’ve done that, I’d like to share some of the jigsaw pieces I’ve found while I’ve puzzled over meekness in this world.

My value is defined by God. As Preston pointed out so clearly on Sunday, this first piece is the key to all the rest – in our puzzle, it’s the corner piece that orients us. God. Loves. You. He just does. Nothing of your doing or future doing, not for your use to him. He made you, care and attention in every detail, and he delights in you. No earthly measure of worth can even begin to describe what he sees in you. Once that sinks in, you don’t have to worry about your position, your power, or who is watching. God is, and he’s cheering and hoping for you.

The second piece is a personal conviction from shortly after I entered the workplace, gathered from the story of Joseph. You know the story, I hope, of all the evil and injustice and waiting he endured while God set him up to save many from the effects of drought, including the family that sold him as a slave. Joseph didn’t start out very meek, but I think sometime between slavery and prison he had a pretty good grasp on it. He did what he could, and he waited for the Lord, who showed him favour in the eyes of the powerful. The conviction I gathered from his story was this: my reputation is in God’s hands.

As I’ve grown in skill and patience in navigating frustrated helplessness, I found another little piece of the puzzle in knowing that sometimes, you have to wait for whatever feels out of reach. One of the painful realities of facing powerlessness with grace is wondering if you’ll ever have the ability to create the change you dream of, no matter how good or important. Some piece of meekness isn’t just silent seething against what you can’t change, or even mourning over it, but finding a way to live with what’s not right without drowning yourself in toxicity. As bad as I am at that, I have found a bit of a helpful flotation device in a familiar prayer that contains some powerful truths on this practice of living with what you feel powerless to change.

Try to read it with fresh eyes:

Living one day at a time,
Enjoying one moment at a time.
Accepting hardship as a pathway to peace,
Taking, as he did, this sinful world as it is,
Not as I would like it.

Trusting that he will make all things right,
If I surrender to his will.
That I may be reasonably happy in this world
And supremely happy in the next.

I can’t possibly improve on that, only encourage you that it says something critical about meekness.

The latest puzzle piece has been a recent ongoing conversation with a friend. She reminds me that I will exhaust myself and never succeed in moving the mountains of injustice around me by pushing on them. She is right. Her advice comes in two parts: be present and pick up one pebble at a time.

That is, when I see those things I cannot change, or feel the weight of broken relationships defined by oppressive power, I can choose not to shut down with anger or despair. Instead, I lift my head and look around at who else is feeling the strain of pushing against the mountain. I can be present with them, and let them see me pick up a little pebble of that mountain, and know that mountains are moved one pebble at a time. I honestly believe the best way to invite vulnerability is to be vulnerable, and I’m starting to think the same is true of hope – that a grounded, realistic, insistent hope is contagious. That a consistent sense of worth is too.

That promise is that God will invert the broken power structures of this world, and those who understand and have lived in powerlessness will be given – simply given – the earth.

I’m also starting to think that the people around me want to be more hopeful and less cynical, and maybe like me, they don’t even realize they’ve grown afraid of hope because of the times it seems to have let them down.

“For they shall inherit the earth”

This hope-filled reality is the other corner piece, the reason I am still striving to grow in meekness when it’s the last thing that seems to make sense in this world.

That promise is that God will invert the broken power structures of this world, and those who understand and have lived in powerlessness will be given – simply given – the earth.

Read more articles by Andrea Parkhill or about Beatitudes. 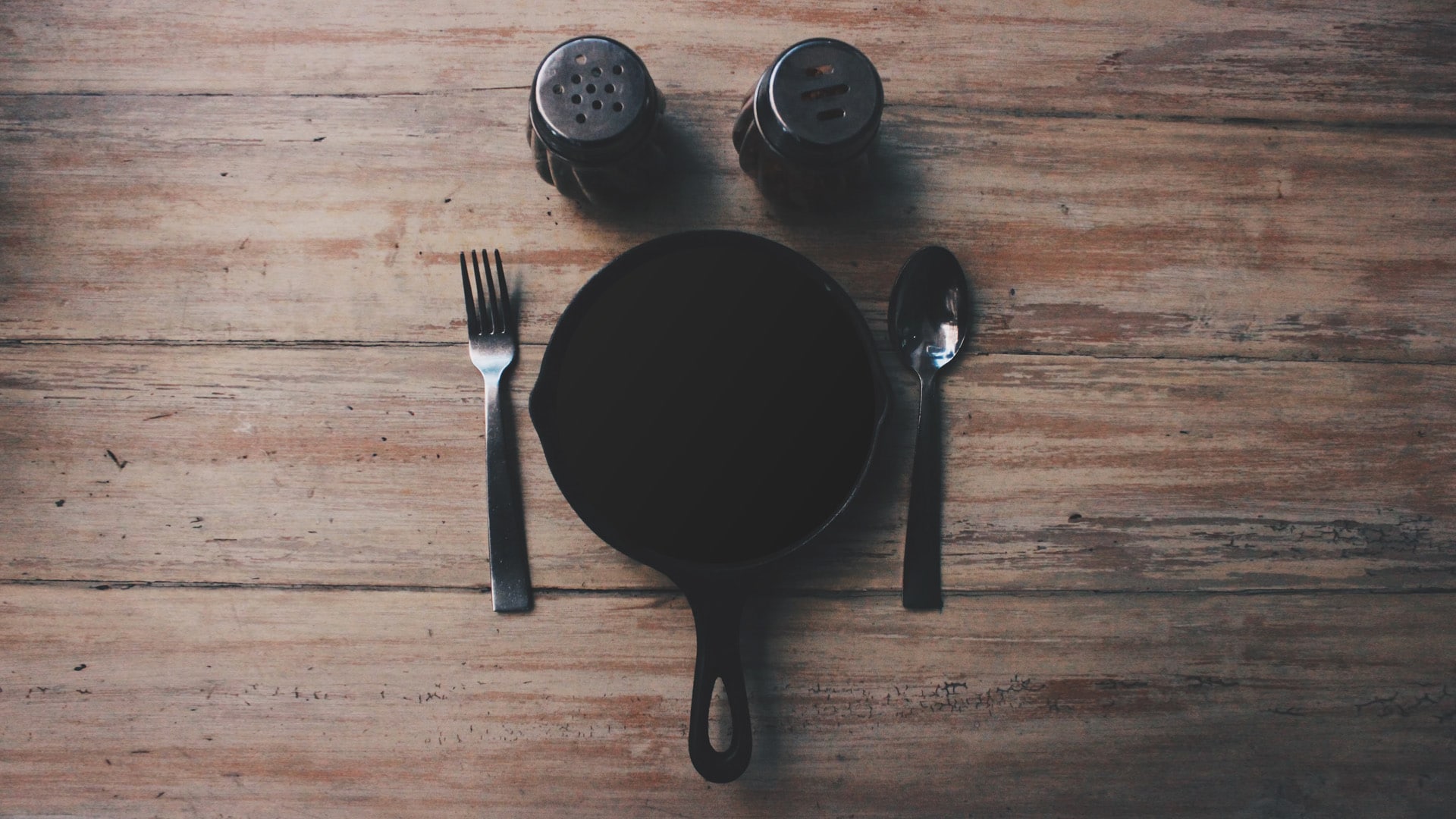