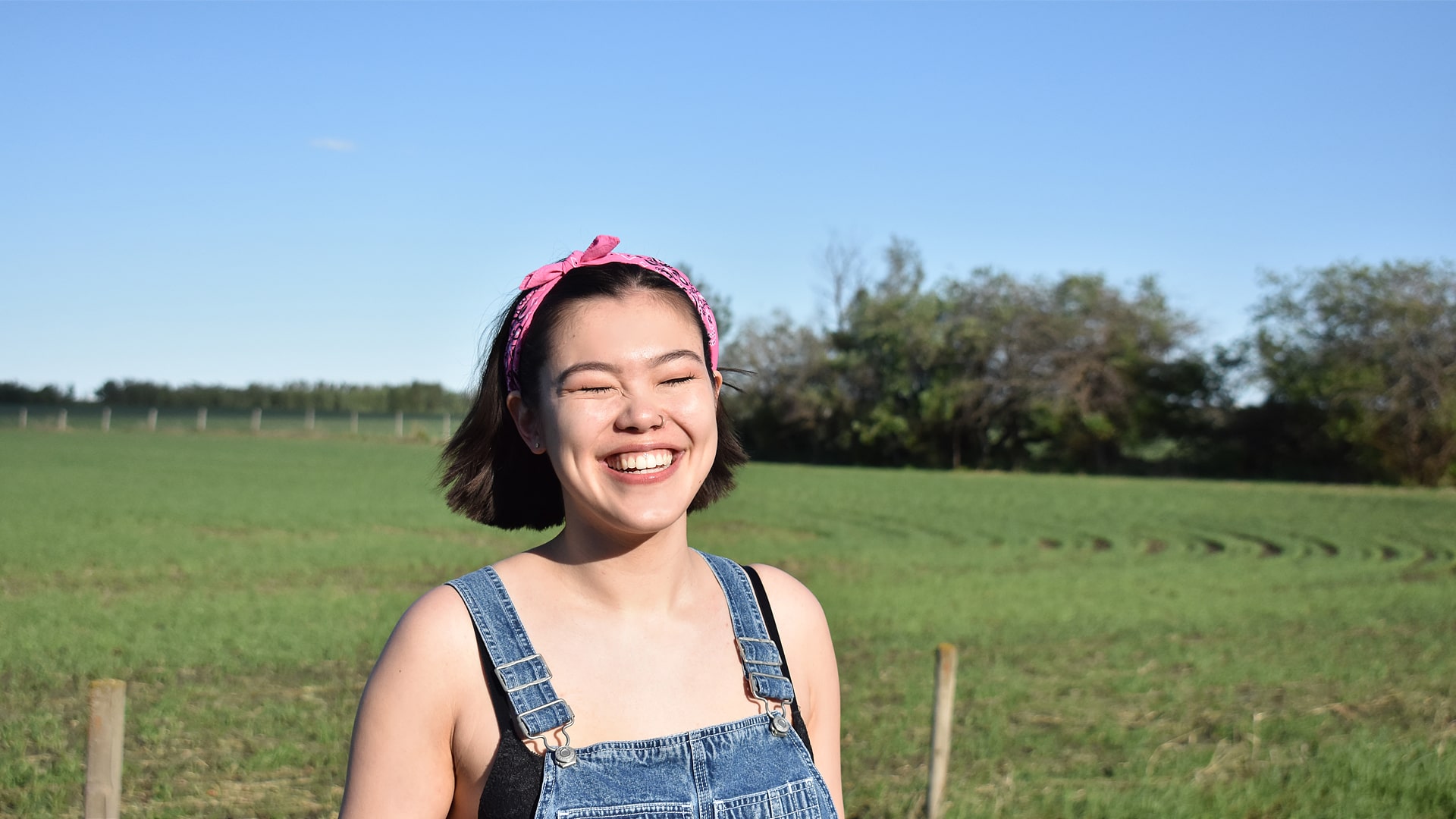 September 2018, I moved to Vancouver for college at this little film school downtown on Granville Street. Even though I was only moving one province over, it was a big move for me. I was 18, and it was kind of one of the biggest things I had ever done in my life, up to that point. But for the first few days, I was having the time of my life: no parents and a pocket full of student loan money. I was feeling all the freedoms of living alone, and the responsibilities hadn’t quite hit me yet.

But then, they did.

My low-level existential crisis had suddenly been turned up to 11. I was an unbearable person to be around for the few people I had met since moving, and for myself. All I would talk about was how life was meaningless so nothing we do matters, because we’re all going to die, and the sun is going to swallow the earth. And then I would get stuck in a spiral about how I didn’t know anyone in Vancouver, and how I didn’t have any friends, and how I was going to die alone.

And this was all before my first day of classes.

To say the least, I was not in the best headspace when classes finally started. And then, on my first day, I met this guy, and the first thing he said to me was, “I’m a Christian, so I know who I am.” I just sat there thinking, “Wow, this really is the cherry on top of a fantastic week. I’m gonna have to spend the next 2 years with this guy.” Fortunately, I connected with my other classmates better, and I started a new job with some awesome coworkers, so my crazy existential crisis simmered down.

About 2 weeks later, I was out with two of my friends from college and we were heading back to the campus when we walked past these two guys outside of the Granville Room who were going on about free dinner. When we got back to our campus, which was locked, my one friend turned to us. “Do you actually think they were gonna give us free dinner?” she said, and the gears started turning, and we made a plan, and soon enough, I was commissioned, against my will, to find out more about this dinner situation.

I ended up chatting with Rob at the Granville Room. He was super welcoming and open about this Alpha thing that was happening. But all I could think in my mind was, “What is going on?!? Why is everyone trying to talk to me about Jesus?” Sufficeth to say, I did not stay for Alpha that night.

At this point, a meer 8 days into college, I was coming to the end of my rope with “Mr. Guy” in my class. Every time he did anything, I wanted to scream and leave or melt into my chair because everything he did just annoyed me so much, regardless of whether or not it was Jesus related. (It was usually Jesus related). But I couldn’t scream and run away because I paid good money to be at school. Instead, I thought back to all the times my dad had talked to missionaries that came to our door and hit them with some mad Bible knowledge to prove them wrong and leave them flustered. That I could do. And where could I learn some mad Bible knowledge?

Down the street at the Granville Room.

Somewhere along the Alpha/Community Group journey, I moved from learning about the Bible to actually feeling God working in my life. I went from thinking existence was meaningless to knowing that as long as I’m following Jesus, I’m doing something important.

Since I’ve begun to follow Jesus, everything in my life seems much more purposeful, and I’m just a more productive, and pleasant person. Don’t get me wrong, I still constantly face low-level existential crises. The night before I got baptized for example, I lay in my bed thinking, what if I just move back to Edmonton right now and don’t get baptized and no one will ever know what happened to me because I’ll just be gone? And then I cried for like two hours. But now I have prayer and a great community at St. Pete’s that will help me work through whatever I’m struggling with. Things in life actually matter to me now, and I’m able to let go of things I have no control over, or don’t have the answer to because I can bring them to God.