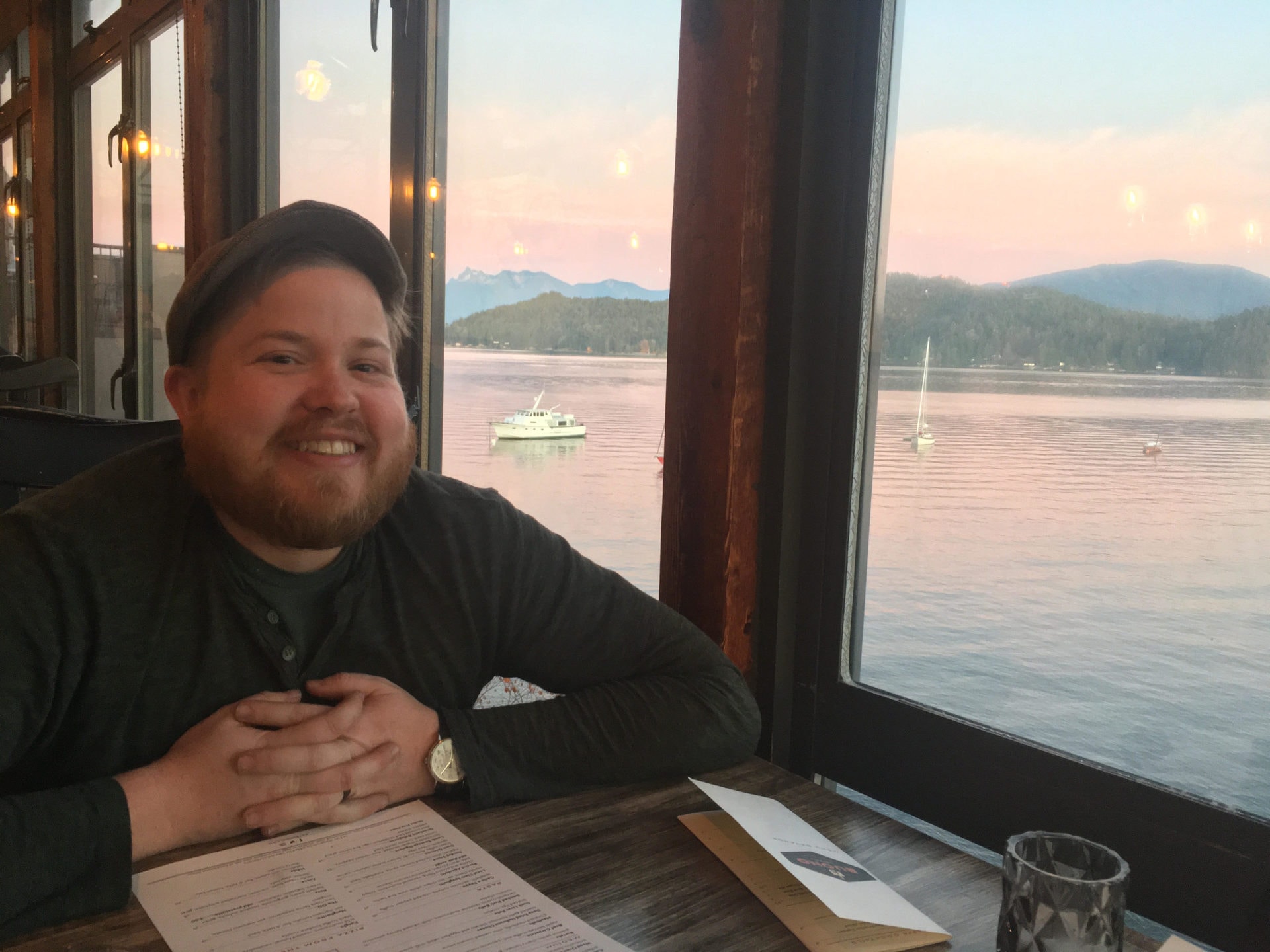 My early years were filled with pride disguised as passion. Over the years I’ve slowly been learning that this was a way of coping with my tendency to compare myself to others. My humour and sometimes brash nature were the curtain hiding my fragile and bruised ego—like the Wizard of Oz. I spent so much time in comparison that I lost my sense of identity. As a result, the past ten years of my life has felt like wandering around trying to build an identity on my own, but it hasn’t worked.

After fundraising for two years, I moved to Vancouver in June of 2015 to serve as the worship leader for St. Peter’s. It was a longterm goal and dream that came to fruition, but to make a very long story short, I failed. I led out of my own strength. I was enraptured with my own vision. I sometimes lost sight of others in the process. Some of you reading this were effected by my failure and for that I am deeply sorry.

I moved to Chattanooga, Tennessee and my life was an emotional wreck. One afternoon I found myself sitting on my couch staring at the wall for what felt like a couple hours. I went to the doctor and found out that I had lived for a long time in a state of undiagnosed depression. I went on medication immediately—and that was a step toward renewal in my life. A cloud over my life started to clear.

The next way God’s work of renewal swept into my life was through Heidi—a friend from St. Peter’s. She came to visit me in Chattanooga because she was nearby for her job. We spent the next couple days together, and when she left I felt a hole in my life like never before. All the pain of leaving Vancouver came flooding back, and I wept on my bedroom floor.

For the next few months, Heidi and I wrote letters and talked over FaceTime. It was clear to me that I was falling in love with her. Eventually, I took a risk and mailed a letter sharing how I felt. It took a pain-staking three weeks to get there!

When Heidi read the letter, she called me and explained that she needed time to think and process through it. I wasn’t surprised. I would too in her shoes! A few days later, she said she also thought there was something between us to be explored. We dated long-distance with a few trips in between, got engaged in June of 2018, and married that October. God, in his loving kindness and grace, brought me back to Vancouver to be with my wife.

God has a way with timing.

When I came back to St. Peter’s two years later, St. Peter’s happened to be hiring for a worship director. Their interim worship director at the time, Pat Sczebel, is incredible. He took me on as an apprentice and mentored me. It humbled me to start over, but it was another step of renewal.

Pat walked beside me as I learned how to be patient, to be kind, to be in constant communion with God, and to allow God’s presence to be the first thing anyone sees or feels when they connect with me. I stepped back into my calling as a worship leader. I’m still very much in process—but God is at work in me.

I’m thrilled to now be the worship director for St. Peter’s. I feel God’s hand in my life every single day as I walk through the city I never thought I’d come back to serve. I am so grateful to have a second chance here.

Mark Sayers writes, “The story of renewal is the story of God’s presence returning to our toxic and regressing human lives, systems, and societies.”

I was toxic and regressing for a long time, but God’s presence and work of renewal is sweeping through my life—and I am grateful.