Jesus fell. Again. He, being beaten, bloodied, fatigued and dying, collapses for the second time as the crowd gathers to watch the completion to the many acts of torture and abandonment. He is on a death march to Golgotha.

I have fallen many times in my life. Some with minor bumps or bruises, some resulting in major injuries and trips to the ER.

But this is not a simple act of clumsiness. This is also not an act of melodrama. We pause at this station and observe the frailty and powerlessness of the human body and spirit.

We pause and watch in shock and horror as this man crumples under the weight of his reality.

I have crumpled three times in my life.

The sickest I have ever been in my life happened when I lived alone in North Carolina. I vomited for days and had a scary high fever. I felt frail and breakable. After hours of being bedridden, I was so thirsty I thought I might actually be dying. I gathered any strength I had and climbed out of bed to fill up my cup in the sink. I woke up on the floor of my kitchen, head throbbing and soaked from my spill. I had blacked out and crashed to the floor, incapacitated by physical exhaustion and aching illness

And he isn’t just carrying all of these experiences. He is carrying my sin. The crippling weight of my sin.

When I was 17, I stayed up all night for a walk for cancer. My friend dropped me off afterwards, and I walked in the door of my house. My home was strangely quiet and empty. I knew my grandmother had been ill and so instinct led me to call her number. My dad answered the phone, and immediately I knew. “She is gone,” he said. My knees buckled, and I leant weakly against the wall. In an uncontrollable motion, I slid down to the floor. Grief broke me physically. Eerily debilitated, I didn’t even have the strength to hang up the phone. I shook and wept in a heap, phone in hand.

I was at camp. It was the last big talk for the week, and the speaker told us, “You have done things which you think are unforgivable. You keep them secret. They weigh on you. But God knows.” Then he told me of a man who saw my sins and was not going to let them crush me. Instead, he would take them and carry the unimaginable burden. But they would kill him. And in his death, my sins would die.In his death, they would be forgiven. Then he said, “If you need this forgiveness, come here.” I don’t have a memory of walking forward, but I do have a memory of helplessly kneeling, desperate for the weight to be lifted, pleading for forgiveness with hot tears on my cheeks. It was more than I could carry alone.

Exhaustion. Pain. Thirst. A body shredded by thorns, whips, and fists. Alone and scorned, with an aching heart, he was destroyed by betrayal, abandonment, and grief. Looking death in the face, fear mingled with distress. A man well acquainted with sorrow.

And he isn’t just carrying all of these experiences. He is carrying my sin. The crippling weight of my sin.

And it breaks him.

But he was pierced for our transgressions, he was crushed for our iniquities; the punishment that brought us peace was on him, and by his wounds we are healed. Is 53:5

Read more articles by Julia Sterne or about Stations. 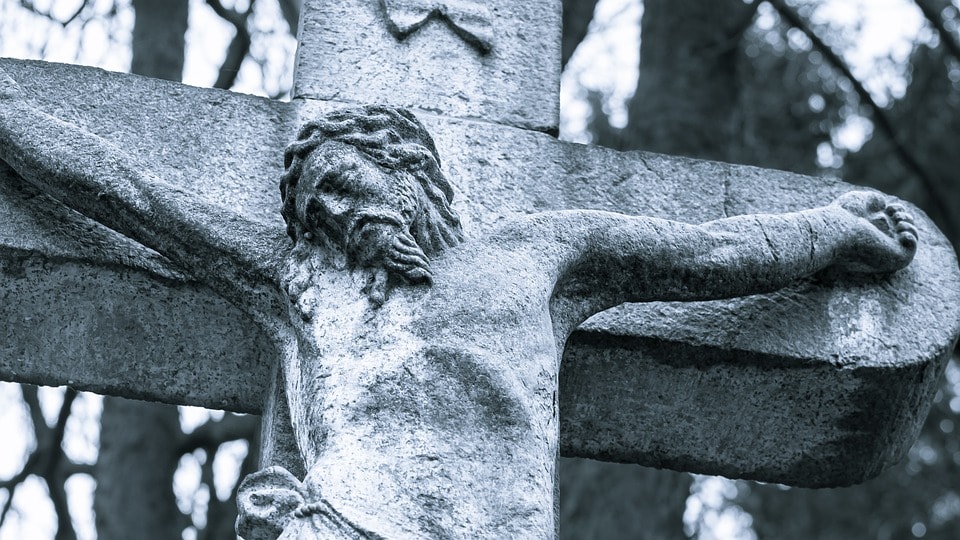 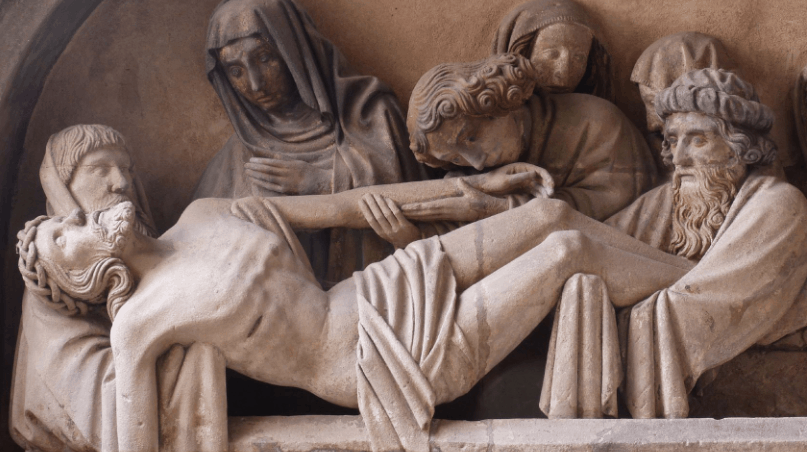