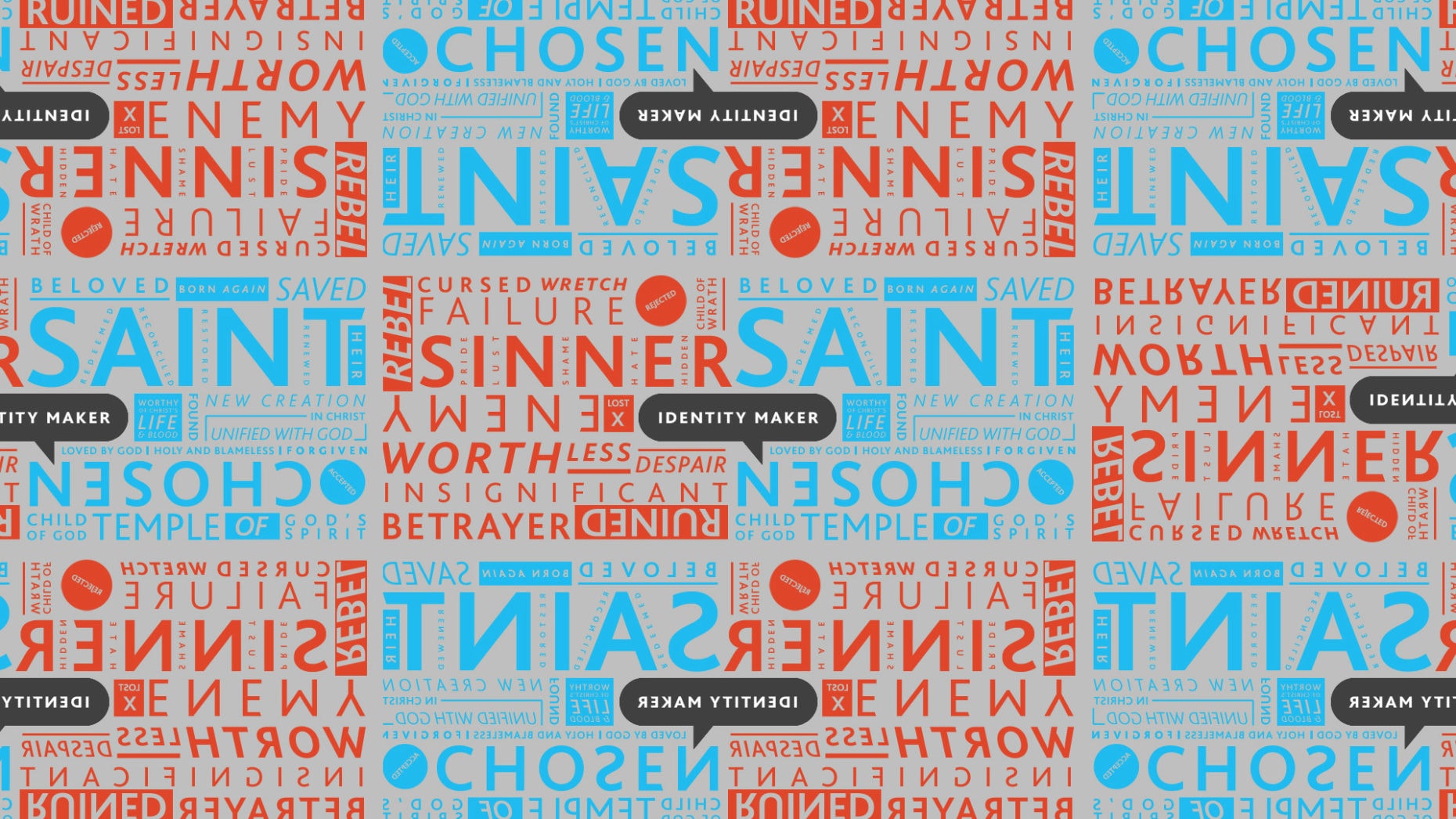 Isn’t it interesting that Paul never calls anyone in the Christian community a sinner? Sure, we were enemies and sinners prior to following Jesus, and we continue to struggle with sin, but not once does Paul refer to Christians as sinners in the present-tense. Rather, we are redeemed, beloved, chosen, holy, etc. On the other hand, Jesus himself says that he came not for the righteous but for sinners. Recognizing our brokenness and sin is a requisite for receiving grace and entering into the kingdom of God. Are Jesus and Paul at odds with one another? Are we sinners or saints?

Some focus solely on the positive: we are blameless and holy, spotless because Jesus is our righteousness. Behind this is an over-realized eschatology: a failure to take in the ‘not yet’ dimensions of the kingdom of God. These realities are very much true, but when overemphasized we are dislodged from the tensions we face in everyday life: we still struggle, we fail, we sin, and we’re still imperfect. It can also create an over-inflated self-confidence (also known as pride). It’s dishonest about our frailty as humans, and it fails to acknowledge that we are progressively growing into the image of Christ; and in some cases it seems to forget that we are completely dependent upon God for our goodness.

Others want to focus solely on how wretched and broken we are to the detriment of anything positive about us. This is an under-realized eschatology that fails to take into account the ‘already’ of God’s kingdom. Again, these realities are very much true, but when overemphasized it can create a self-deprecating false humility. It’s dishonest about our value and worth in Christ, and fails to recognize any intrinsic worth in us as image bearers of God.

We are terribly broken, there is not one inch of the fabric of our being that is not tarnished by our sin

We need a both/and rather than an either/or approach to our self-understanding. We live between the times (the kingdom of God was inaugurated through Jesus’ life, death and resurrection but is not fully here until his return). We are terribly broken, there is not one inch of the fabric of our being that is not tarnished by our sin, and the affections of our hearts are often captured by anything but the love of Jesus. Simultaneously, we are filled with the Spirit of God who is transforming us through and through, and bringing the affections of our hearts into alignment with his. We were brought out of death to life, and are continually brought further into the fullness of life.

Martin Luther described Christians as “simultaneously saint and sinner.” I agree. But I do not think Luther imagines this as a 50/50 balance. Sometimes its more, and sometimes its less. In this tension I think Paul is quite optimistic about the transformation that is available to broken people like us. He is confident that God’s empowering presence really can bring about change, and it really can produce holiness in us. Our identities are not primarily as sinners (although we certainly are). No, we are children of the King: worth the very life and blood of Jesus.

Now that’s a peculiar thought, and something I think that can only be said in retrospect. From our perspective, as rebels against God and dead in our sins, we can hardly say that we are worthy of Jesus’ life given on a cross. It is our unworthiness that makes it grace. Yet as we accept the free gift of salvation, we come to see that God ascribes worth to us in shedding his blood. It’s only after the sacrifice that we begin to understand our intrinsic value.

I think our identity as Christians can best be described as “becoming who we are.” God calls us righteous, sanctified, redeemed because that’s what we are in our union with Christ. We are on the journey of becoming these things in the present, which are assured for us in the end. We still struggle and fail, but Jesus has defeated our enemies (Satan, sin and death) and guarantees our transformation and freedom.

So who am I? The answer isn’t a sinner, or a saint, or both. It’s actually the wrong question. We shouldn’t be asking who we are, but whose we are. We only know we are sinners because God has revealed our sin to us. We are far worse than we could ever imagine. We only know we are saints because Jesus has brought us into communion with the Father. We are far more loved than we will ever comprehend.

Our sense of self-understanding comes solely from who Jesus says we are. So whose am I?